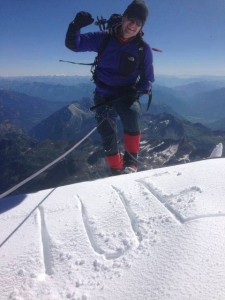 After a series of 4 games without victory, IUE Calcio averted slipping into crisis in yesterday’s game against Accidental. Currently second in the league, Accidental is a team of gruff old men with little respect for their opponents’ health.Their unfairness had given IUE Calcio some trouble in the season’s first leg so coaches Karremans and Neidhardt put much emphasis on the importance of keeping cool in their pre-match briefing.

Their premonitions proved accurate. Within the first 30 minutes coach Neidhard and team doctor h.c. Giuntini had to enter the pitch three times to treat squadra players with ice and water. Despite their best efforts, Maurin, who until then had inflicted serious coordination problems on his opposite number, eventually had to be subbed. Maurin’s frustrated and sorry adversary just hadn’t found a better remedy to his speed and agility than a brute tackle targeted exclusively on his legs.This concrete situation mirrored the general development of the game in first half. IUE Calcio was quicker than Accidental and finally showed its characteristic passing game again. Interrupted only through fouls, squadra players were alert on the pitch, getting distance between them and their opponents, and thus provided central midfielders with plenty of options to pass.Strikingly, even when IUE Calcio was temporarily playing at 9, Accidental did not manage to put pressure on Capo Bartoli’s box.

It was thus only coherent that Arcarons eventually converted a cross from Nebiler? into the 1:0 lead for IUE Calcio. Controlling the ball in one touch, Arcarons used his left to put the ball past Accidental’s goal keeper and into the long corner. The team’s relief to have finally broken the curse of not scoring was manifest in the collective exuberance that followed Arcarons’ goal.Unfortunately, the Squadra’s drive suffered somewhat at the end of the first half after the referee, who had been very forgiving of all the violent attacks on the health of IUE Calcio players, had shown Arcarons a second yellow card for a harmless foul in midfield.

Committed to punish Accidental for its Neandertal style of playing football by taking home three points, IUE Calcio went into the second half at ten. Naturally, the focus was more on defense now but the team still managed to launch swift counter attacks via Nebiler and Facchini here and there. Despite being superior in number Accidental didn’t manage to overcome the defensive block made up of Lundstedt, Herron, and Karremans, who won all the decisive headers, duels, and sprints. The occasional balls that went past them were reliably neutralized by Capo Bartoli, who also showed an impeccable performance.
But the Squadra wouldn’t be the Squadra if it hadn’t also extended its list of impossible misses in this game. With half of the team already cheering behind him, team doctor h.c. Giuntini decided that it was just too easy to push the ball across the line from 80 centimeters. Instead he managed to hit the crossbar in a move that strongly resembled a Nike commercial starring Ronaldinho from a couple of years ago. Unforgettable pictures! But no harm was done. Withstanding Accidental’s final offensive and despite Hakelberg’s blatant lack of orientation before every corner of the opponents, the Squadra drove home victory, causing coach Karremans to show the locker room that he had also considered a career as wrecking ball before joining the EUI.If IUE Calcio can carry over the resolve demonstrated in this match, we’re off to great second leg of the season.