Before explaining the match, it is important to say that before the ball started to roll, two facts allowed predicting that the game was going to be difficult:

1-      The previous hours before the game: Byku was not able to come because he had to work. Miniati’s stomach predicted what was going to happen and the pain obliged him to stay in bed. Coach Karremans was more nervous than usual thinking about the strategy. Diego was so high with antibiotics that he was capable to speak fluently Ukrainian with Vasyl. Rizzi, Arcarons and me in Rizzi’s car running out of gas and without money.

2-      The pitch: In a few years, the future IUE calcio generations (probably Torito’s son and Pim-Pam Puy daughter) will say that there are two local legends regarding the pitch where we played last Monday. A) One legend is that the pitch was used for different Hollywood movies in which the backyards prisons scenes were filmed (the pitch was a mix of this: http://www.youtube.com/watch?v=oyY01cJKXy0 ; http://www.youtube.com/watch?v=bS0odjudSHQ and two of the movies were

B) The other legend says that last Monday we played in a potato field:  The legend says that a stone of the pitch manage to make Vasyl stumble, that Ciacci made a foul without purpose because he slipped with a tomato, or that Diego missed the best opportunity of the match when he thought a fraction of a second that he was offside when he confused a two meters broccoli (that was growing up there) with one of Pol Tre Pietre’s players.

The Initial Team was the following:

Curva: Cosimo, Elie and two others I don’t remember (Sorry). 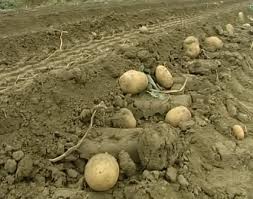 First Half: We started the match quite well, controlling the ball and trying one after the other to get to the opponents goal. Although the pitch and the ball were horrible (Adidas calls that ball the anti-Jabulani and are selling it with the name FBB – Football Bowling Ball because it is impossible to make the ball fly more than 5 meters from the floor) the first 15 minutes were ours. Moreover, the bad conditions of the potato field created a weird fog above our heads that made Frank feel like at home. Many times, most of our attacks were built in the right flank of the pitch between Frank and Lorenzo. After this, our intensity dropped for some minutes and Pol Tre Pietre used these moments to get closer to our well safe (by Rizzi) goal. However, in a couple of times our coaches Karremans and Gazza that were more stressed than usual (probably because of the lack of substitutes and the referee that was whistling foul for them every time we were touching them with the little finger) had to defend strongly and make foul because they were getting too closer to our goal. In one these free-kicks, Pol Tre Pietre used the weird movements of the anti-jabulani/FBB to touch the post. This chance woke us up and with the support of our curva (Cosimo and Elie) in the last 10-15 minutes we regained the control of the ball and Luis started to feel more comfortable in the pitch and began to connect better with our strikers. In fact, in this first half Albert Callejón and Diego had two nice chances that clearly could have finished into the corner of the net if the ball was not so shitty and doing weird spins. 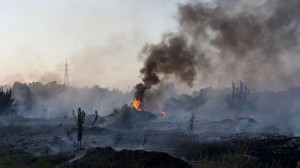 Second half: After a motivational speech and some instructions from our coaches (I cannot tell with certainty because I was warming up at that moment and trying to feel my frozen toes), the team started the second half organized and motivated. During the first 15minutes we were attacking and Diego had the best chance of the match (the one I explained before in which he did not look where the goal was because he thought for a moment he was offside) and the ball went out just for some centimeters. After this chance, our intensity dropped and Pol Tre Pietre used these 5minutes to score. They arrived in the trying penalty area and despite Rizzi was well positioned and touched with energy the strong shot of their striker it was not enough and the ball kept rolling slowly till crossing the line. After this, the coaches decided to make a substitution, changing Ciacci (who did a great job in his debut, defending strongly and showing that he is permanently improving training after training) for Jony (probably at this crazy moments of the match, the coaches thought that a bit of latino-Mad Cows spirit could not make things get worse).  The last 20 minutes of the game can be summarize as follow: A) Pol Tre Pietre seemed to be Polly Pocket dolls, falling all the time, pretending to be injured, complaining, and above losing lots of time. B) Gazza turned in some moments into a real Spartan trying without rest to arrive to the opponent area.  C) Lore having an incredible chance that went out for centimeters. D) Martijn and Vasyl that did a great job the whole match as defenders became strikers in the last 10 minutes.  E) Jan was running like crazy despite he was not recovered from his injured and clearly was suffering even if he tried to hide it. F) Luis was running and defending although he injured himself in the last minutes. G)  Rizzi running the whole pitch trying to score in the last seconds of the match. Unfortunately, we did not manage to score and Polly Pocket Pietre won the match.

At the end of the match, in the changing room and in Finnegans we were sad because of the loss and because we wanted to win the last game of this incredible year. But guys, we have to read the signs…and it was clear that Monday and the end of 2013 was going to be tough and unlucky. The pitch, the ball, the pre-game anecdotes I explained before, our beloved Rossi is in the USA, our Eternale is still injured, our Diri Riera is so frozen in Scotland that he does not feel his balls, our coaches Alberto and Jan were injured, and many other signs.  Protagonisti Assoluti, 2013 was an awesome year and 2013 gave us hundreds of good moments that we will remember forever. The end of 2013 was maybe a bit unfair but it was probably because this year was so unbelievable that we could not ask for more.

But guys, 2014 is coming, with 14, the number of our beloved PIM PAM PUY that sooner or later will come to visit us next year (June with the baby!!?). With Patrick, Vincent, and Francisco that will be back (sorry if I forget somebody). With Eternale that will recover and will come to play with us. With Dirigente Riera that said he will be free from his seminars and that promised us to come quite often. And with our Presidente that promised he will play this year too! Campioni, next year 2014 will be even better!!!!