The real score should be 2 - 0 (goal by Bomber, miracle by Rizzi) 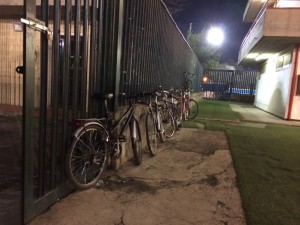 We met at Cerreti at 8pm sharp, as usual. It’s a typical spring evening in Florence, nice weather, lots of bikes parked next to our “spogliatoio”. 5 minutes to clarify that it is NOT Metin’s last game with IUE Calcio (he’ll be back in a month), and then everything is back to normal. Yes normal.

That’s how it looks. Karremans giving his speech about Tre Pietre (the holy team, we played for Christams and Easter), everybody is preparing, dressing up, undressing, tiding up shoes.

Then we all go for warm up, and then we go back again all together in the changing room. Everything looks standard. But it’s NOT.

We are a team now, more than ever before in this season, and you can tell this from the “eye of the tiger” that are around. You can feel determination sharp and strong, right under the surface of normality. And this is not obvious at all: this willing to win, this determination is something that belongs to real teams only. And if somebody is not properly focused, Gazza needs just a single barking to restore the proper attitude, and bring everybody back on the right track.

As you all already know, we did win another game. A game against a very mediocre team, not a top league one, a middle ranking one. We did win a game that we were supposed to win. We are much better than them. Everybody with some experience, know that those are the kind of games in football that are not easy to win. The way you play this game, defines you as a team. And we are, before everything else, a team.

After this great “supercazzola”, let’s go to football:

Our bench was probably worth more than all the players of A1 A2 and B1 put all together, featuring:

Diego (bomber) Garzia, working on the euandi project even from the bench (it’s mandatory to share it on facebook guys), El Torito (the best player of last year’s Coppa Pavone) and Andrea Gatto De Angelis (Top trend in Twitter since 8 months with the hashtag #GattoDeAngelisIsTheBest). 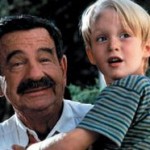 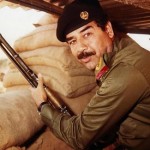 There was lots of tension from the beginning: the other team was not that bad and a couple of guys in their upfront needed some extra TLC which is always given by our defenders. The referee, a very curious mix between Saddam Hussein and Mr Neilson, was very much influenced by the Tre Pietre constantly yelling and crying. This made it very difficult for us in the first 20 minutes to put our usual pressure on their defence.

In the middle of the first half,  Marco “Saracinesca” Rizzi, had to fly to save a great free kick, while the Tre Pietre striker was already cheering for the goal. A real miracle, highlighted by the warm reaction of our mega-beautiful tifosi: Dirigentessa, Il Kaiser and Flying Cosimo. Such a great curva.

After only a couple of minutes, Metin which is no doubt back to be a stable Freccia Rossa, after establishing the new world record for the 100m sprint, dribbled the defender in their box. A clear fault and a clear penalty. But Mr Wilson from the other side of the pitch, said “no”, probably for some personal reasons that we will never know.

5 minutes to go in the first half, Leo does a great play in the mid-field, he passes the ball to Gabo who runs away on the left side. I start running toward the first post, and Gabo give me a great ball. An argentinian assist, needs an argentinian shoot. 1-0 and machine-gun to Gabo. And of course my thoughts go to the owner of the t-shirt that I’m wearing. N.9, the goal is your Eternal.

About the second half I can tell that I scored my third goal (the ref disabled 2 of them), that Metin tried hard to score a goal, but was very very unlucky several times and that Diegone “Spettacolo Puro” Garzia kept working on the euandi even when he went in the pitch, delighting the Curva with his skills.

Again:  strong teams only win this kind of games 1 – 0. It’s not a coincidence if we did not get any goal. We have a great defence, with great defenders and with the whole team playing as a real team. 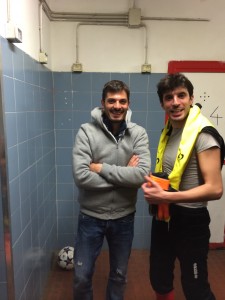 The real score should be 2 – 0 (goal by Bomber, miracle by Rizzi)

I will keep a great memory of this game, forever: it’s the memory of all my team mates coming toward me after my goal. Such a a good feeling. I’m so happy to be part of this team.

We are a team of Campioni Assoluti. We are already playing and working to WIN the B1 the next season.

I love you all,