ncangrosa May 21st, 2015
A- A A+
COPPA PAVONE
Yesterday, Bar Fiasco hosted the Coppa Pavone Draw. Antonio Corretto, the Godfather of the draw,  took out the names of teams from the boxes, handing luck between teams. We would like to thank him for his kindness and for his good job!
Since this year there are 19 teams, there are 3 groups of 5 teams and 1 group of 4 teams. There were two boxes and the teams were assigned randomly to the groups. In the first box, there were the four seeded teams, one for each group. In the second box, there were the other 15 teams. The groups are the following:
GROUP A:
GROUP B:
GROUP C:
GROUP D:
The group stage will be played from Monday the 1st until Monday the 8th. On Tuesday the 9th, there will be the quarterfinals; on Wednesday the 10th, the semifinals; and on Thursday the 11th, the 2 finals, one for golden and silver medals, and other for bronze medals. Have a look at the Draw&Finals document for the potential pairings in the final stage.
The official calendar will be published next week and it will be sent to all the captains. 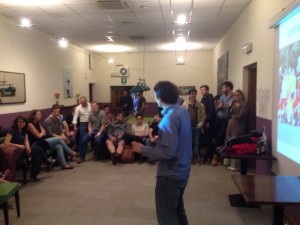 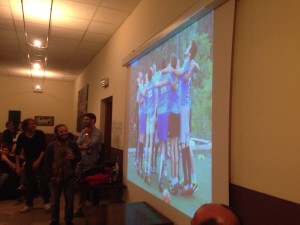 COPPA PAVONE FEMMINILE
The teams are:
It will be a unique group (everyone will play against everyone) and, due to the calendar constraints, there will be only one final for the golden and silver medals. The group stage will take place between Tuesday the 2nd and Tuesday the 9th; the final will be on Wednesday the 10th. The official calendar will be published next week and it will be sent to all the captains.
|  calendar draw final Pavone2015