+ + + UPDATE (May 31): One minor change happened compared to the schedule previously announced through those media channels. The game of Monday (4/06) at 11pm was moved to 6pm. This is done in order to let the kids from the EUI creche play an exhibition game from approx 17.30-18.00 and let them walk on “Champions league style” during the first game. + + +

The schedule is still subject to small changes by the #CoppaPavone2018 Committee. So all team captains are advised to check this page regularly. 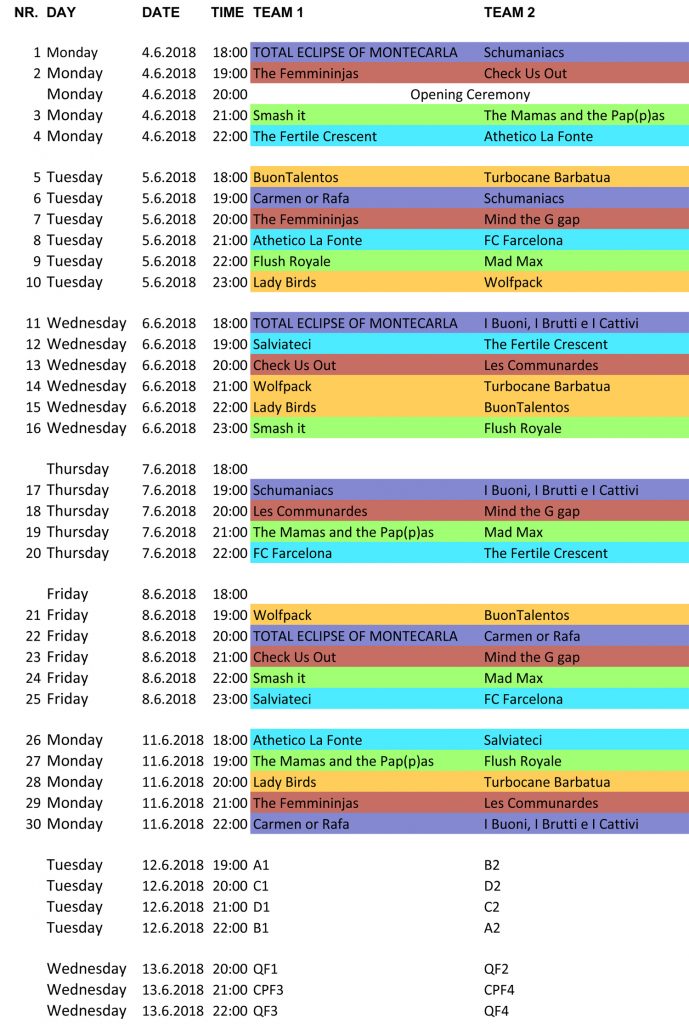