After that intro, I directly present to you the starting 11 that the coaches had carefully chosen to face Florentia’s rage:

But let’s not forget one thing…these guys can give 100% on the pitch only because they know that there, awaiting on the bench, there’s another squad ready to give a 150%: ALLUB for DENARO, ROSSI for MEERSSCHE, PAULETA for ORTU, GARZIA for LUCARINI, GIUNTINI for NEIDHARDT (do not worry, our Pitone-Giuntini was not retrained in the middle, he was allowed to go forward and run free releasing all his hunger for goal, and Luigi took the game-maker position “Pibe style”).

In something that is sadly becoming the norm, the first 20 minutes of the game our team played more like River Plate (a team that was in Argentina’s second division ‘till a few years ago) than like the Squadra Fantastica that we all know: Way too many long balls, very few short passes.

But then something happened. The ball starts rolling from the back…short pass…it gets to me in the forward right angle of the pitch. In a moment of illumination (or maybe confusion) I leave behind one player, I’m already in the penalty box…another florentino comes, I go right and he goes for my foot…PENALTY! And in case you are all wondering, I didn’t dive! Not smart enough to do that, as shown in previous game. The florentino started yelling something in Italian which I assumed was “I didn’t touch, you dived, I’m gonna kill you”. What comes next it’s a beautiful definition by our (sbloccato) Dimitri and GOL!!!!

At this point we realized the amazing curva we had that day at the pitch. I’m going to make a big comparison, but I think entirely deserved, because I think the curva that day was very close to the world most amazing curva in the world… “LA 12”

And this first goal made the difference. The SF started playing with short passes, moving the ball more. Still there was some disagreement within the team… Dimitri and I didn’t agree on this, since I was telling him to pass the ball more. But only 10 minutes after he made me shut up J.

The second goal was, in my humble opinion, one of the best examples of what this squadra can do when we play tiki-taka, and treat the ball how it deserves to be treated. In the words of the best, “la pelota no se mancha”

The story of this goal starts the very back. Cosimo starts with a pass to Jan, Jan to Vince, Vince to Dimitri, who opens up to me, on the side, and I cross it in to find Dimi in the right position to kick in and GOOOOOLLL!!!!

Meanwhile, our defense stayed as solid as always. The Florentina drones never got close to Cosimo. The only chances they had were free kicks form outside the penalty box that almost always ended up inside the Artemio Franchi.

We are already close to the end of the first half. But there was more time for another Squadra play, Jonas kicked a magnificent long ball from the side to Florentia’s penalty box, where I happened to be, the ball hit me and went in…so GOOoo…no wait, the referee thought that the goal was not beautiful enough and cancelled it. First half, 2-0 for EUI. Time for the Mister’s halftime talk. The message is clear. The game is 0-0. And we need to score more.

The second half starts. And soon enough, on minute 50 Squadra scores! High ball from the side, the Florentia goalkeeper misses it (people say he was being disturbed by a squadra player), and Vince finds the ball bouncing alone in the area and kicks it in. I’m not gonna lie…it wasn’t a beautiful goal…but hey, that doesn’t matter, it still counts for the team and for his race towards being the bomber. 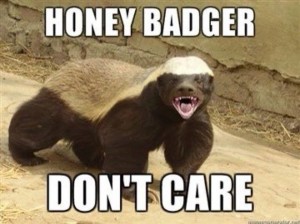 At this point two things happened. On one hand, Florentia 2010 players are very pissed and nervous by now, and start making lots of fouls. But on the other hand, our coaches start making the changes, and our 5 stars bench starts to come in the pitch with all their energy ready to fight.

Well…sometimes it’s a problem when you come in cold as our Colombian star would prove. Luigi did the very well-known Colombian-fucked-up… (see pass of Colombian player Fredy Guarin here

…fortunately Messi was not playing in FLorentia 2010. For next game Luigi promised to bring the goggles.

Before leaving the pitch, Fede, the nicest guy ever, got a yellow card….rumors says it’s the first yellow card he gets in his entire life. The referee thought that he pretended to be fouled by the opponent, something like this

And for the second time, the Squadra had its infamous Bermudas Triangle (Lian-Luigi-Gabo) on the pitch. It is said in the ancient manuscripts, that once a ball falls in the Bermuda Triangle, it can never be seen again by the opponent’s players, until it is right in their goalie. Unfortunately, this trick hasn’t shown all its potential yet…but with more time on the pitch the latin-budu magic will start blooming. 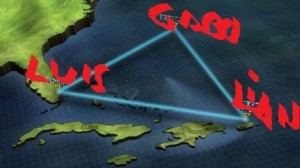 But hold on to your seats…there was time for one more goal. Beautiful throw in from Jonas from the side, once again hits me on the head, but likely this time Vince takes the rebound in the penalty point and kicks…it’s a GOOOOOL!! EUI 4, Florentia 2010 0!!! Doplete for Dimi and Vince. What can you do…when they are on, they are really on. Some people say they saw Coach Karremans cry over after this goal.

And so it comes, the referee whistles the end of the game, and the whole city starts shouting and celebrating.

But wait. Third half starts in the dressing rooms, where Pepe Karremans surprises everyone bringing his own shampoo. Overall, it was a day full of emotions and enthusiasm for the EUI.

I would like to close this match report with a happy birthday for our very Digirentessa, cause while I’m writing this she’s gaining one more year of experience. And I will tell you a little secret that she confessed to me while in Finnegans…I asked her the million dollar question…why the hell do you come to all our games, do you really like calico so much?!?! And her answer was “I come not so much for the football, but for the people. Love you All guys, you make me feel like part of a family”. And yes, I think we can all second that…Squadra Fantastica is this great family we all belong to: Presi, Congressmen, Coaches, Curva, and players, past, present and future.