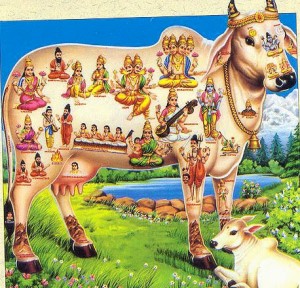 If during the game against Libertas we suffered from beach mood, during the game against Florence [27th March] we suffered from extreme concentration. It was a nice, fun and astonishing beautiful game. All of us agreed that they were, by far, the best team we have ever play against, not even Quinto Alto can win them. Still, our amazing catenaccio made them suffer, and we even scored!

Before the game the team was “warming up”, as always. This, in Mad Cows terms, means: run randomly on Virgin sport-complex until you get bored and then the best you can do is to play with Goshua. It also means to look at the nice guys in short who are playing and chat about them, or their shining shoes, while we are faking that we stretch. Meanwhile, Torito tries to get our attention to explain the strategy (http://giphy.com/gifs/8F9wmbY1NvZU4). Of course, at the same time we are watching how the curva of other teams play with Goshua, or WE play with Goshua, or we look for chocolate… whatever instead of listening Torito. After all this performance, we shot in a quite disorganize way to the goalie of the match, who tries to remember the “close the legs” dogma and catch our shots. And, finally, we try to unravel how to put on the casacce with the absolutely favorite color of little Asfaltatrice, which by the way we forgot on the changing room. So, with all this initial mess, we start the game praying to Kamadhenu (a Cow God according to Wikipedia) to at least not score an auto-goal.

You might think that after all this spettacolo the herd was a total mess, but the game started with a solid and organized defense. The first minutes were intense, and the team was trying to get into the mood of competition. Florence was an amazing team, and from the bench the non-playing cows were enjoying the astonishing defense and intense game of both teams. This time, the capocanonniere of the game was Anne PushUp-PushUp with a potent shot that was absolutely unstoppable. She fought each ball with passion, leaving her wellbeing on the pitch, after a sliding of a rival player, who was not used to the beach pitch. Still, it seems that she does not feel the pain, and she recovered quite fast and shot an amazing free kick. She was also helping defense, and maintaining the position, she was a key player in our strategy. Francesca la Fantastica Asfaltatrice von Corleone started as a striker, asphalting everyone who got on her way, fighting for the balls, and trying with faith until the last moment. She ended in defense, as all of us, and did an exquisite memory exercise remembering that she has to come back from the counter-attack instead of utter blasphemies when they stole the ball.

Helping all over the pitch and trying to connect attack and defense was Hamster Tirinnanzi, who had Goshua’s attitude running after the ball more than ever with faith and intensity. Pressuring, commanding and trying to keep us in order, she ended breathless and thanking the referee for ending the game 2 minutes earlier. Still, she managed to surpass some of Florence players, but not even her was able to perform her poetry with the ball.

In defense was THE REST OF THE TEAM, AGAIN! Because, after those months of trainings and competition, we are still discovering our best skills and Nú(t)ria should be worried after Blonde Torita Sanne performance in defense. She didn’t even quit the fight for the ball when she was lying on the floor (pitch-sand foul). The middle of the defense was her kingdom, and she did an amazing work spreading her wings. But she was not only up to defend, but also to attack, with a very precise shot from quite far away, but their goalie was as good as the rest of the players and stopped it. Marilú Captain and Commander, was our tower on the pitch, and we really need it because Florence girls were not only very skillful but also incredibly tall and big. It seems that now that she has more competence in defense, she wants to try in the attack, with a quite good and powerful shot from far away without success. She was a good associate with our attack and connected quite well with defense. She also negotiated a change of the ball that, to be honest, helped us. Loredana Ghiaccio was playing for first time in defense. She was a wall on the center of our box, blocking any shot and fighting each ball. Amazing work and increasing coordination with the rest of the defense, she was the Animal instinct on the match, that keep us fighting and enjoying the game. Elisa Collina Piras, started explaining some rules of calcetto to the cows in the bench, what should be foul, what shouldn’t and keeping a look to the fight in the neighbor pitch (cute guys!!). She was, as most of the team, in defense, in her case in charge of one of the sides, which was difficult because Florence girls were moving all the time and it was easy to get lost. Still, she even joined the attack a couple of times, trying to lead a counter-attack. Finally, von Darth Vader, who for once was not dying that much (just a bit) because I didn’t have to join much the attack. The biggest challenge was to “stay in defense” and be patient, which I must say was very difficult. I was feeling a bit dizzy with all the movements on Florence attack but I managed to cover the right side of the defense and I contained the temptation of “attacking” the player after the 5th pass, which was quite exasperating.

Finally, the most stressed player of the night was, again Nú(t)ria ManoLarga-ChiudeLeGambe. It seems that she only close the legs to me, and I am starting to feel a bit rejected… Still, she did an amazing job, trying to unravel from where they will shot and trying to see something between our legs in the few spots we left free. Good job and welcome to the bench, because the defense has new Kaisers, and they will fight for the position!

Last but not least, our Curva, this time with Goshua and his Midland friends playing on the wing. He joined us in the warming up, as always, being a 4-paw passionate defender very hard to surpass. He even joined the run-randomly tradition and did a quite good job containing himself from stealing the balls of Florence Curva… for a while.