A well-deserved and overall fairly easy 1-4 win against Novoli seems to indicate IUE Calcio recuperated after a series of losses in late 2017. Is this the beginning of a glorious streak of victories, asks former Mister Jonathan Fink-Jensen.

The sun shone gently, the temperature was surprisingly pleasant and to top it all off there was a pleasant breeze on the spring-like Saturday afternoon of January 13th. Moreover, although it was officially Novoli that had the advantage of playing at home (as they say: Novoli away, always difficult), it was IUE’s curva that produced an overwhelming amount of noise in support of IUE’s protagonisti. In short, the conditions for a swirling start of 2018 were all there. 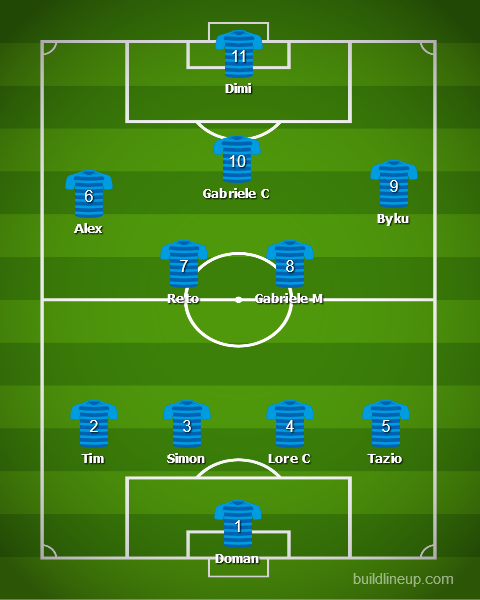 In order to exploit these conditions as best as they could, the Misters in their inexhaustible wisdom decided to stick to a by now well-known 1-4-5-1 formation (or was it 1-4-2-3-1? Novoli never fully comprehended nor withstood the pure dynamics of IUE Calcio’s line-up). Despite the somewhat nervous start of our heroes, Novoli’s offensive line was quickly discouraged by IUE’s sober and rock-solid defensive line where Tazio-Simon-Lore-Tim operated as a well-oiled machine. Soon the central midfielders Reto-Gabriele2 began to dominate the play and as time progressed the wingers Alex and Byku (c) came closer and closer to bringing Dimi in a scoring position. However, before Dimi got the chance to make his mark in the match the squad decided to bring a tribute to their Estonian Mister. Byku won a free kick on the right side of the box, Gabriele C gave a perfect cross, and IUE’s capocannoniere of 2016-2017 finished with a very efficient header at the second post.

Like the first goal, the second was, albeit in a more indirect way, the result of a set piece setting. Having said that, it is unlikely that (m)any of the spectators will remember this very vividly; the amount of time that lapsed between the moment Simon received the ball somewhere inside the opponent’s box and the moment the ball went inside the goal was simply too much to remember much that happened before that. Although the online availability of recorded evidence of how much time the goal-scoring process really took brings with it the danger that my memories will be belied, I can only say that from the stands it felt like any person could have started and finished writing their full dissertation between the moment Simon ‘controlled’ the ball, turned around (and in the process shielded the ball from some opponents), and with meticulous precision but painfully slowly placed the ball in the far corner and in the net.

Both the qualitative difference between the two teams and the quantitative goal-scoring difference seemed to ensure a safe journey towards a convincing win, but at this point we have to mention Doman’s incredibly fast and equally important reflex that prevented Novoli from scoring after one of their few but dangerous counterattacks. Thanks to their goalkeeper, IUE could enter halftime with a reassuring 0-2 lead.

If the first half had at times appeared to be a potentially tough fight, IUE’s dominance grew with the minute in the second half. Having brought in fresh legs on the wings with Fred and Carl, the Misters showed their determination to secure the win as soon as possible. Smooth combinations and dangerous attacks followed each other quickly at this stage, resulting in a very fine finish by Dimi after a sneaky ball through by Carl. At this point, the curva started to hope for double digits on the scoreboard, but an unfortunate lack of concentration on IUE’s side allowed Novoli to regain hope and score the 1-3.

The counter goal may have felt as a disappointment at the time, but then again: what more fun than smashing freshly acquired new hope at the opponents’ side? Interestingly enough, it was one of Novoli’s own defenders that helped them quickly forget any sense of joyful expectation they may have enjoyed for a brief moment. Receiving his second yellow and therefore first red card of the day, the poor man brought his team back to ten men on the pitch. As IUE brought in Dieter, Jasper and Diarra, Novoli’s opposition was quickly broken. Chance after chance was created, and if it wasn’t for Simon’s, Dimi’s (2-3 times) and Gabriele M’s human kindness the score could have easily been very humiliating for Novoli. 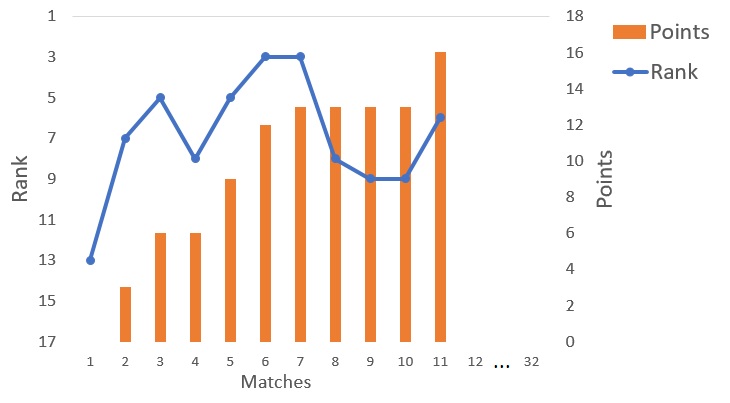 As it is, it was only Dimi who managed to score another goal – and thus a convincing 1-4 victory was brought home. After a period of stagnation, IUE succeeded in turning the tables. Is this the beginning of something beautiful?