Sand in the push-up 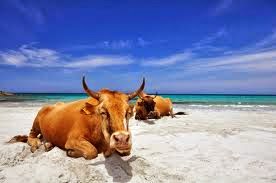 If one image can define the feelings of the game is this. Because we deserved better, we were winning and controlling the game… to end losing! It is true that there were more minutes of craziness than in other games, but we managed to overcome them and had an amazing end of the match. We had bad luck and their goalie had the time of her life. Playing in a tennis field plenty of sand with holes in the middle, there were moments that our mind got confused and thought we were on the beach we made all the mistakes we’ve never done before. The game was ours but, with only 7 players, our herd was starting to get very tired and this made us lose the concentration, still we fought until the match was over.

Torito instructed us again about what we should do on the pitch, during the corners and in defense, the strategy for the attack and how we have to change the positions. We didn’t do any of them because our mind was already in the Friday party (maybe I should do a report about it…). His desperation with our beach-pitch mood was clear. Our Cowboy was astonished with our lack of luck, Liberta’s goalie and our fair play. Still, our Torito supported us, and tried to cheer up the herd in the moments we need it the most.

With 25 goals in her personal account, Gazelle Miracolo played her last game with the herd. She was a bit lost on the beach of Virgin, not being able to perform her exquisite technique. But, she scored twice and showed that she can run for 50 minutes and don’t lose a bit of her breath. Liberta’s defense didn’t thought that a distant free kick can go in, so they didn’t care much about the barrier, it was a very bad decision: Gazelle scored one of the most beautiful goals of the season, almost from the middle of the pitch! She was also helping in defense, stealing balls (Sometimes from our own team Mira!!) and trying to calm down and maintain the position (this was almost impossible). With all this things in her mind, she mostly forgot to pass the ball: old Gazelle was back!

Anne PushUp-PushUp was driving crazy to Liberta’s goalie. NUMBER NINE IS ALONE was one of the most shouted sentences of the night. But, I really don’t know what they understand by “alone”, because she had always someone on her. Despite the powerful defense of Libertas, she managed to shot several times but, again, their goalie was inspired. She did a great job in defense and, with her push-up spirit, she help the herd to maintain the faith on the victory in the hardest moments.

For the second time in the season, Francesca La Fantastica Asfaltatrice was in charge to be our defense-killer. She was doing a prodigious job, until she got in the beach-pitch mood. However, she overcame the sadness and disappointment with herself to provide the team with her Dark Side spirit. Seriously, she was so pissed off that started to yell her Braveheart battle shout every time she went to fight for the ball. She was silent and upset all the way back home, she didn’t dance, she didn’t sing, and these facts can give you a clue of how frustrating and bitter was the game.

In charge of defense was also Gemma The Choreographer, who also woke up from the beach mood and make Libertas ask for the time to the referee, the tie of the game was possible and they were scared. She was starting to get more confidence to join the attack with dangerous incursions when the match ended. Saying sorry to all the players for some moments of beach-pitch mood, she left the pitch also with the bitter taste of knowing that we deserved better than our opponent.

It was the second game of Beatrice, who joined the defense and helped catching balls and even did some incursions to the attack. It was a hard game to play, still, she didn’t fear Liberta’s players and managed to overcome the difficulties of coordination with a team in which you are not used to play. Improving her sync with other defenders, she did a good job and help the herd when we needed the most.

The player who played in all the positions, the joker-player, was Von Darth Vader. More Darth Vader than ever, Torito was about to call an ambulance after my lack of breath in the first half. I even got a pass from Gazelle and did a sandwich with Liberta’s goalie, the defender, me and the ball. I changed the attack for defense in the second half, and almost did an auto-goal when the ball hit me, ball that I saved just on the line, lucky us the referee didn’t saw the ball more in than out, and Liberta’s players did a foul on our goalie. But also the Dark Side went to the beach-pitch mood, and I thought that number 8 will pass to the sides (as she did during all the fucking game), but she didn’t (Bastard), so she surpassed me easily to end scoring a goal. I was so pissed off with myself that I became her shadow.

Last but not least our goalie, Nútria-ManoLarga-Chiude le gambe! She did the best she can, she stopped one (almost) auto-goal prodigiously, and some dangerous shots in the counter attack. Still, she has to remember to close the legs. She got the beach-pitch illness as all the team, and suffered our long minutes of disorder and confusion. However, good job in the most difficult and stressful position on the pitch.

The herd thought that we won’t have Curva, but at the end we weren’t alone. Gemma’s boyfriend was there cheering the team and giving us strength to wake up. Our most devoted fan, Jan the Poet, came after his skype call by bike. Our beloved Poet told us that he would like to have our cheers the 1st of April, and we can tell, that he will not walk alone.

Finally, with a sum of 25 goals, few passes and one auto-goal against Golden Gaya (you thought I forgot eh!) our Capocannoniere, Gazelle Miracolo will leave us, AGAIN (you’ve the t-shirt, so please stop faking that you are leaving!). It seems that she has to go back to Frozen to do a PhD… but, after that many months in the south, she is totally untrained with the ice and snow. Hopefully, Finns will take away her nationality and she will have to come back home. Because, after these months, Mira you’re not a visiting student any more. You are and always will be part of our herd.