Players at IUE Calcio have hit out after the European University Institute issued a X-mas Dinner Style Guide banning tracksuits and cleavage – telling men not to dress like Olivier Giroud.

Following the publication of Queen’s University Belfast’s “graduation ceremony style,” the EUI hit back, issuing their own “Style Guide for Modern Campioni.” It says men should “think David Beckham” rather than the below average Arsenal centre-forward Olivier Giroud. It led to claims that EUI was promoting “degrading and condescending” regulations for Arsenal football supporters ahead of its Squadra Fantastica X-mas Dinner. 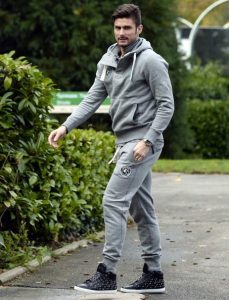 The so-called style guidance has been criticised by Andrea Gazzani, who said he found it “deplorable” that an academic institution would tell Campioni how to dress. Gazzani, a passionate tracksuits lover, told EUI Times: “I think every EUI Researcher should have the right to wear tracksuits at l’Antica Badia as long as they are not as tight as tights.”

Squadra players were greeted with the advice, entitled “Style Guide for Modern Campioni: Wear it well,” as they registered online with the Doodle for the formal (sic!) event. 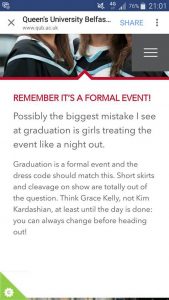 It stated that “Squadra’s Look of the Year 2015” award winner Albert Arcarons, who runs his own self-titled private Chupa Chups company based in Cerreti, had shared his top tips for Campioni.

Under a “Build your outfit around your scarf and jersey” heading, players were informed how not to clash the IUE Scarf with their colour palette. It also recommended that men, whether they wore Oxfords or brogues, should “stick to leather and blue shades.”

Mr Arcarons went on to say:

Possibly the biggest mistake I see at X-mas Dinners is players treating the event like a lunch in the Mensa. X-mas Dinners are formal events and the dress code should match this. Tracksuits and cleavage on show are totally out of the question. Think David Beckham, not Olivier Giroud, at least until the pizza is served: you can always change before heading to Finnegans.

It further favoured “discreet safety pins” for full-backs and centre-backs to wear to avoid any “last minute wardrobe disasters.”

It stated that anyone who had represented the colours of IUE Calcio at Cerreti should wear the club scarf, either throughout the whole dinner or around the head when arriving at l’Antica Badia. 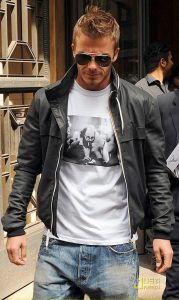 A scathing email sent to the EUI from a recently awarded “legend” and seen by the staff of this blog said that the advice was “offensive and condescending.” The e-mail stated:

These guidelines offer an empirically driven critical consideration of the idea of styling EUI’s football players, which would mean allowing the EUI to show them off at official events. The author of the guidelines argues that such a move would reduce the wardrobe problem, as it would force players to move away from relying solely on tracksuits. The author also claims that it would improve the extent to which the Squadra is represented in Le Cure and would be particularly welcomed by Florentine citizens currently dissatisfied with the drinking culture around Finnegans. The author offers evidence to back up these claims, based on data on the Best Dressed Men issues of almost a dozens of fashion magazines like Vogue, Elle, Esquire, or GQ.

Elle, Esquire, GQ, what the hell did Albert think? This is utter bullshit! I wear my white Converse sneakers and the same worn-out pair of jeans for the last 10 or so X-mas Dinners. Che Spettacolo!

This is a dynamic web page which is constantly updated. It currently includes stories about the achievements of our Squadra. Styling is no longer tracksuit-centric. You players are our spokespeople! he added.

Gazza’s tracksuits, Guintini’s OMG-I-Can-See-More-Than-I-Ever-Wanted-To-See Gym-shirts, Diego’s sneakers, and Jan’s casual pair of jeans are not considered appropriate. (…) We recommend securely fitting shoes with a suitable heel height as players are required to stand up on chairs and tables to give their speeches.

Other websites also issue guidance on X-Mas Dinner attire. On the Soccer.com website, it says that “Soccer players are known around the world for their cool sense of style, and that extends beyond the field of play.” 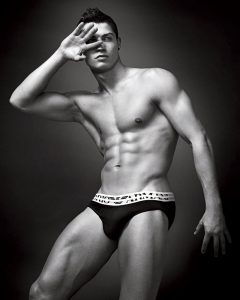