Take off the Push-Up!

On Wednesday the Braveheart Cows arrived to Virgin reminding the bitter taste of the last defeat. Yet, this time the cows put on their wet T-shirts and found the motivation needed to show their best. During the first 17 minutes the Warrior Cows didn’t received any goal from Lady Gaga. Big share of this success was the prodigious and divine performance of Ieva the Word.

She stopped absolutely everything; the goals were due to magic forces that we are not ready to understand. She only lost the battle against her shoelaces. With a “CAN SOMEONE DO IT FOR ME PLEASE?!”, Magali Patatine came and defeated the rebel shoelaces of the MVP of the game. Ieva was very thankful for the help… until Patatine scored in our own goal. However, she compensated it with fights (the good ones, not the ones that end with a yellow card) and shouting her favorite word of the French Dictionary more than ever. 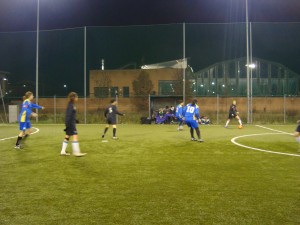 In defense we were sublime. Gambetta Alessia stopped the ball with every single part of her body: her Gambetta, her ear and even her ass were committed with the defense. Trying to remember the signs of alert in neurologic damage due to a trauma, she came back to the pitch and showed that she can stop Golden Gaya and remember the whole Vademecum at the same time. At her side was Marilú C.C. Mano Larga-II, the player who suffered the most the “cheering” of our Curva di Lusso. She had good opportunities to score, however she had better aim in our own goal than in Golden Gaya one. Stopping CLEARLY the ball with the hands, she had no punishment from the referee, but believe me, she had enough with the Curva di Lusso. Elena The Climber also contributed to our solid defense. As a player, she had more fun than last week, fast and tireless she was secure and persevering in getting back the ball every time we lost it. 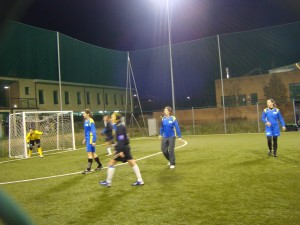 Because the best defense is a good attack, our forwards were harder than ever. Giacchio Loredana, almost killed half of Golden Gaya players just to use the Giacchio. She imposed the “no one shall pass” dogma and fought every ball with faith and fierce. However, when the time of use the Giacchio came, my daughter steal it and put it on the poor Golden Gaya player. Due to the lack of experience with the high-tech spray, she almost froze the leg of Golden Gaya player. Francesca La Fantastica Asfaltatricce strived with faith and enthusiasm; she had her opportunities and ran until she breathed as a Von Darth Vader. However, the rebel force didn’t let her warm up in Schifanoia pitch so she improved her aim in biliardino but not in calcetto. Anne Push-Up-Push-Up came back from the States, and showed her American Spirit on the pitch. With potent shoots from the mid-field and fierceness she provide our attack with courage and energy. Her nickname was one of main distractions of the match and Golden Gaya bench ended shouting: “Yes, take off the Push-Up!”. 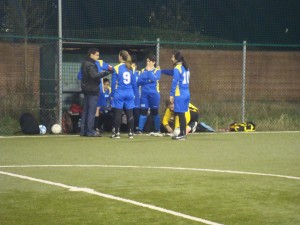 Last but not least, our Cowboy. He was having fun and commanded not only the team, but also the Curva and the reporter. Taking care about the report main points and drinking Vin Brulé he was, as always, our guide on the pitch. But in this match there was another important factor: The Curva di Lusso. 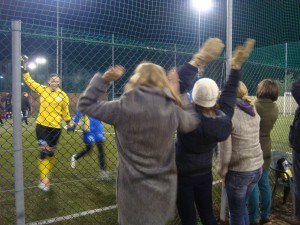 Its members were playing the game with the team, specially in the second half. Shouting Push-Up Push-Up, one-to-one and cheering C.C. as the closest player in the .pitch, we distracted Golden Gaya, who were laughing most of the match. Even their bench joined us and made jokes about the Push-Up dogma. Number 10 was not running because she was having too much fun with our comments and the referee didn’t saw some fouls because he was laughing. The rivals specially enjoyed the one-to-one motto, and I think they even fail the shots on purpose to get the corners and have some of one-to-one moments. 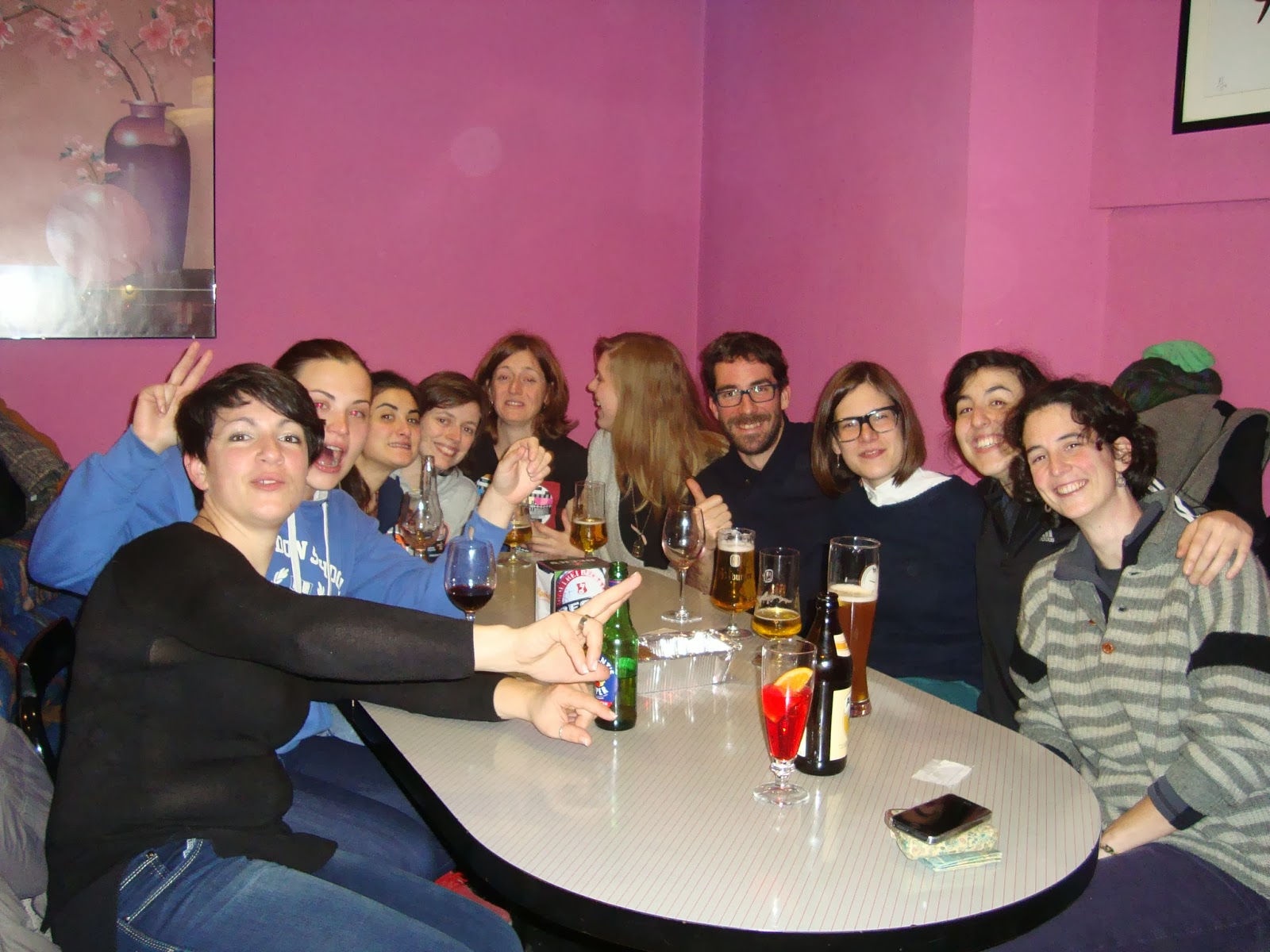 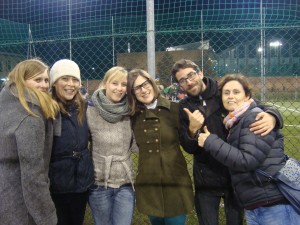