The Gremlin Cows go to the pool 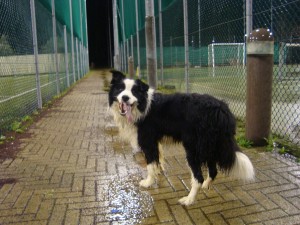 If last week the weather was shit, this time Virgin was atrocious (see the video of the pitch). The Gremlin Cows are not proficient in swimming and water polo and we suffered the attacks of the ponds even more than the rivals’ defense. Despite the terrible conditions, the Golden Cows performed at an exquisite level, but we didn’t get lucky.

Torito gave us his wisdom in the changing room while Gazelle and Tiger were concentrated in Nu(t)ria’s cake. Praying for a Golito para el Torito, and quite surprised for the supposed fouls, he ended desperate with our lack of aim, ponds and referee’s lack of knowledge about football.

After Torito’s advices, the cows were ready and the game started with Ieva the Word shouting WHO IS THE AMERICAN??!!! AND, THE OTHER ONE, THE THIN?!… I was wondering if she made the connection: Americans-are-English-speakers (she confirmed that she didn’t) while Nú(t)ria answered the question. Quite accurate during the game, she managed to provoke some heart attacks because 80% of time she doesn’t respect the line. But, we have to admit that it was quite difficult as a waterfall was falling on her and she had to swim under the goal.

However, water is the natural environment of the Nú(t)ria, and she learned how to control number 4. “The thin” player was faster, but our Nú(t)ria was following her as a shadow, annoying number 4 all over the pitch (something like this. In charge of the defense was also Marilú Captain and Commander, behaving like a shark in Virgins’ ocean.

She stopped the attacks before they even started, she was fast and stole most of the balls from Floria’s players. Strong and accurate, pure Stasi Style.

While water seems to be friends with Nu(t)rias, is pure poison for Tigers, Gazelles, Hamsters and Push-Ups. The ball didn’t roll and got stuck on stupid ponds, which didn’t allow our Golden Cows to perform their spettacolo. The Canoniere of the match, Hamster Tirinnanzi was the most dangerous player on the pitch. Her shots were quite accurate and the goalie had difficulties to stop each of them. Even under the rain, the ball seems to respect her and do what she wants… most of the time. The evil ponds were hampering her amazing performance, and again she provided us with her wisdom in Italian and Spanish bad language. Gazelle Mira was back and she tried several times to stun the opponent dribbling and stepping on the ball… losing it in the process. However, she managed to send quite a lot of her Turpeinen Torpedos, this time without reward  and she contributed to our babel tower speaking Finnish to the referee. The Eye of the Tiger was asking for the ball and trying to implement her wonderful soccer skills. Again, the ball was not collaborating and got stuck in the middle of the way. Still, she was very helpful in defense and dangerous in the attack. She even slided in Virgin’s pool to catch a ball, yet she had to run immediately back to defense. Anne Push-Up-Push-Up was OUR American, always ready to fight for the ball, run to the attack and back to defense. She starred one of the most epic crashes that Virgin has seen with number 11 and she showed that her American has nothing to do against ours. However, the referee got confused because of her spagats and flexibility, so he thought that it was ballet instead of soccer and did, again, huge mistakes.

Finally, It seems that water is not friendly at all with the Dark Side. But in the minutes I was playing I manage, OF COURSE, to get hit in my face and perform the best show ever seen at Virgin. Finally, I was enjoying the bench feeling secure until the Floria’s American girl woke our bench up with a powerful, that Tiger and me manage to avoid quite well.

Last but not least, the Curva with two newcomers and two usual suspects surviving to the storm. Bea The Miracle and Goshi are starting to be a serious challenge for the Curva di Lusso, who has to plan lots of cakes to win the competition. Guillermina, our new acquisition for winter market was encouraging us as if she was in the Bombonera and Ms. Torito was quite impressed by Mr. Torito’s pupils. Girls, she confessed that we are lots better than most Coppa Pavone teams… so let’s give to our torito not a golito, but a tournament.