On the 13th of October 2016, the Constitutionalism and Politics Working Group at the EUI was delighted to organise a lecture by Prof. Michel Rosenfeld, University Professor of Law and Comparative Democracy, the Justice Sydney L. Robins Professor of Human Rights and Director, Program on Global and Comparative Constitutional Theory at the Benjamin N. Cardozo School of Law of Yeshiva University.

Prof. Rosenfeld discussed one of the chapters of the book “Constitutional Secularism in an Age of Religious Revival”, Edited by Susanna Mancini and Michel Rosenfeld (Oxford University Press, 2014). The title of the talk was “Recasting Secularism as One Conception of the Good Among Many in a Post-Secular Constitutional Polity”.

Apart from Professor Gábor Halmai and EUI researcher Elena Brodeală the lecture was also chaired by EUI LL.M. researcher and member of the Constitutionalism and Politics Working Group, Darshan Datar.

Prof. Rosenfeld’s talk was extremely interesting and thought-provoking and in what follows Darshan is sharing a few of his theoretical observations regarding it.

A Few Reflections on 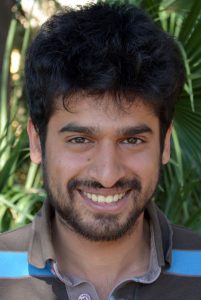 by Darshan Datar (India), LL.M. researcher at the European University Institute generally interested in aspects related to Constitutionalism and Religion

At the outset it is vital to fully grasp Professor Rosenfeld’s thought on secularism. Professor Rosenfeld distinguishes between two concepts of secularism. The first is ideological secularism and the second, institutional secularism. According to Professor Rosenfeld, secularism is an essentially contested concept, which is capable of being ideologically challenged by what he names “strong religions”. However, I will take this to mean that the narrative of secularism according to Professor Rosenfeld is under attack and capable of defending itself against external criticism. It is for this reason that he believes that the secularist narrative deserves both positive and negative protection, specifically against hate speech and to reinforce the ability to scientifically investigate its own claims. These set of legal protections are analogous to the equivalent protection being given to the freedom of religious practice. In doing so, he is of the opinion that secularism is taken off its constitutional pedestal and that it become one among many conceptions of the good, competing for ideological acceptance along with religious claims.

This claim by Professor Rosenfeld leads to a polity which is tolerant of competing claims and may aptly be described as a post-secular polity. The benefit of such a polity in the view of Professor Rosenfeld is that it has an institutional framework which promotes the notion of pluralism as its understanding of the good. Therefore, promoting a framework of church-state relations, which are conducive to balancing and tolerating different ideologies. As per this view of secularism, only religious ideologies, which are viscerally intolerant towards other religions, will subject to regulation. This is a higher threshold to regulate religions than in institutionally secular regimes such as France, where the sole metric to expel religion from the public sphere is being overtly religious. Professor Rosenfeld’s conception of secularism as one amongst many conceptions of the good theoretically promotes a more dialogically constructed democratic and constitutional polity.

Complicating the Notion of Secularism

While Professor Rosenfeld’s theory is elegant and seemingly abolishes the external dogmas surrounding institutionally secular polities such as France, it falls victim to an essentialization of the meaning of secularism; which in and of itself is creates a dogmatic truth claim that abolishes pluralism. As noted in the diagram below, secularism as envisaged by Professor Rosenfeld is a commitment to one among many religion state relationships. Each one, is a truth claim in the best possible solution for a given country to deal with a given issue.[1] It is vital to note that there are different models of the church-state relationship have a correlation towards pluralism and religious freedom.[2] With this in mind, it is important to note that certain forms of religion-state relationships are more likely to yield a pluralist outcome. Ergo, meaning that even an ideological outlook on secularism is biased towards outcomes on the basis of its own predisposition of the nature of balancing. Balancing in and of itself represents a determinate notion of the good.