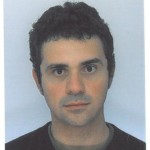 Within the framework of the project, the current research analyses the conflicts between rules, principles and values at the different layers of the multi-level system of European private law, investigating these dynamics in particular in the area of financial services and paying particular attention to the case-law of the member states. Notwithstanding the growing regulatory interventions of the European institutions, different instances of resistance to the interaction between Community law and the law of the member states are detectable both in national legislation and case-law, arguably a sign of a tension between the different values underlying those sets of rules. The research further looks into the diverse strategies employed to promote social inclusion into the financial market, highlighting the characteristics of and the differences between the approaches of the European and the national regulators.