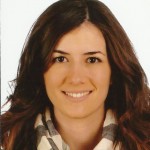 My research project tests the hypothesis of self-sufficiency within the European Regulatory Private Law. Taking into account that self-sufficiency is based on the idea of a closed/complete and self-standing system, this analysis will deal with competence (law making), substantive law, as well as enforcement issues. Methodologically, I have decided to opt for Telecommunications Services as the model upon which the hypotheses of this paper are to be tested, since these services are part of the visible hand of the European Regulatory Private Law. In particular, I am attracted to the idea of how the European legislator is encroaching in the field of contract law through the vertical rules that govern these services by new modes of law-making and new forms of enforcement. As a result, the main outcome of this research will be to determine whether we are witnessing to the emergence of a new self-sufficient European Private Law different from the general acquis communautaire and -what is more- independent from the national private legal orders.