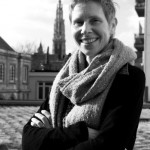 Petra Meier is Professor in Politics, Faculty of Social Sciences, University of Antwerp, where she is also the director of the Policy Research Centre on Equality Policies. Her research focuses on the representation of gender+ inequality in and through politics and policies. She published extensively on federal state architectures, electoral systems, gender quotas, the gender bias to be found in public policies and tools to overcome it. Her most recent book is on The Symbolic Representation of Gender. A Discursive Approach (with Emanuela Lombardo, 2014, Ashgate) and she is currently preparing one on the meanings of the professionalization of the struggle for gender equality. Petra Meier has worked as an expert for the Council of Europe, the European Gender Institute, the European Parliament, International IDEA, ODIHR, the Interparliamentary Union, and various Belgian institutions.