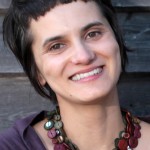 Ana Espírito-Santo (PhD, European University Institute, 2011) is an invited assistant professor at ISCTE-IUL (Lisbon University Institute), Depart. Political Science & Public Policies. Her main current research interests are gender and politics and comparative politics. Currently, she is contributing as a country expert to a project on the impact of electoral systems in political recruitment in several countries at University of California; a member of a project on political representation at ISCTE; and a member of a project on women’s political representation in Portugal and Spain at ICS (Lisbon). Her work has been published in several book chapters, in West European Politics (2012), and in European Journal of Women’s Studies (2015).