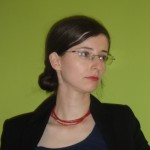 Irena Selišnik, PhD, Assistant Professor, studied History and Sociology at the Faculty of Arts, University of Ljubljana; she graduated in 2001. In 2004-2007 she was employed as assistant researcher at the Department of Sociology (Faculty of Arts, University of Ljubljana). She completed her PhD in 2007 with the thesis »Volilna pravica žensk kot demokratična novost« (The Female Right to Vote as Democratic Innovation). In 2005 she was elected Assistant for Sociology of Culture, in 2011 she was elected for assistant Slovenian and General Modern History and in 2014 for assistant professor of Slovenian and General Modern History. Since 2007 till 2014 she worked as a researcher at Department of Sociology and Department of History. In 2015 she was employed as a lecturer for the Slovenian history of the 19th Century. She holds classes on Slovene History of 19. Century and Women’s History. She published a book »Prihod žensk na oder slovenske politike« (The Entrance of Women in Slovenian Politics) in 2008.