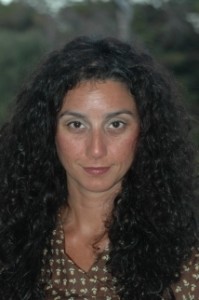 The moto of Serap Altinisik is “there is no right life amongst wrongs”. Serap is convinced that women’s rights can only become reality when the women’s movement is sustainably sourced. She loves to tweet on women’s leadership, women power, feminism, women’s funding, racism, human rights and on development issues under her twitter account.

Serap holds a Magistra Artium Degree in Political Science, English literature and Cultural Studies from the Leibniz Universität Hannover (Germany), as well as from the Master’s Programme European Studies at John Moores University in Liverpool (UK). She holds a supplementary qualification from the Schwabe Institute and gained experience at Führungsakademie Hannover (Germany) as a Process Consultant in Personnel and Organisation Development. Serap has also completed a professional qualification in EU Fundraising with the emcra Akademie (Germany).