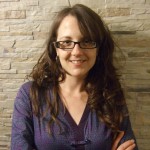 Tània Verge is lecturer at the Department of Political and Social Sciences at the Universitat Pompeu Fabra (UPF). She obtained her PhD at Universidad Complutense (2005). Tània was visiting fellow at the Departament of Politics at University of Sussex (2006-2007). Her primary research interests lie in political representation, gender and politics, and political parties. She was the local organiser of the 3rd European Conference on Politics and Gender (Barcelona, 21-23 March 2013). She has been part of several national and international research projects on political parties and on gender and politics. She has published in international journals such as Party Politics, West European Politics, International Political Science Review, South European Society & Politics, Journal of Women, Politics & Policy.