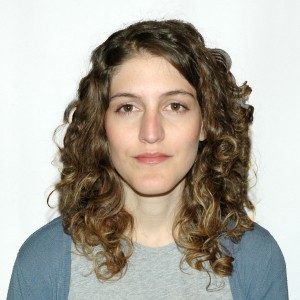 Demand for domestic workers (i.e. workers engaged in care and general housekeeping activities) is on the rise in Europe. The demand is due to the interplay of various factors such as the ageing of the population, women’s participation in the labour market, inadequate public provision of care, as well as the unequal division of care and domestic responsibilities within households. Across the EU, a growing number of migrants find employment in care and other domestic services. Migrant domestic workers from outside the EU face important challenges and vulnerabilities such as deportability due to lack of access to a legal migrant status, labour exploitation, high levels of dependence on the employer, as well as lax enforcement of protective laws. These vulnerabilities can partly be attributed to intersections of gender, racial and social prejudices. Nonetheless, law, and in particular the intersections of immigration and labour law, have a crucial role in creating and underpinning the vulnerabilities that migrant domestic workers face.

To illustrate the role of law in structuring migrant domestic workers’ vulnerability, I will present the case of Cyprus, a small EU Member State, where at least half of the country’s immigrant population is employed in domestic services.

As other South Mediterranean countries, Cyprus has experienced a shift from a familialistic model of care, where care responsibilities were delegated primarily to female family members, to a migrant-in-the-family model of care, where women from the global South migrate to be employed in private households as domestics while care continues to be family-based. In order to sustain this model, Cyprus implements a regime of relatively easy access to the national labour market for non-EU domestic workers – which stands in contrast to its otherwise restrictive immigration regime. Since 1991, the Cypriot state has been actively recruiting migrants through a specific visa scheme for domestic workers in private households. The scheme is sponsorship-based and employer-driven, meaning that any employer may request an authorization to recruit a domestic worker from outside the EU.

But while entry is granted easily, it is hyper-regulated and the conditions of stay are particularly onerous. There are several legal restrictions attached to the status of a domestic worker visa holder. Domestic workers are granted a four years non-renewable permit, they are tied to their employer for the first year of employment (change of employer after the first year is subject to authorisation from the Immigration Department) and they can only work in private households without the right to change sector throughout the whole duration of their stay in Cyprus. According to established jurisprudence of the Supreme Court, migrants on a domestic worker visa have no right to acquire long-term residence. Consequently, they are also excluded from applying for family reunification because one of the requirements is that the applicant has reasonable prospects of acquiring long-term residence.

The Cypriot state further subjects migrants on a domestic worker visa to a very particular labour law regime with state-designed conditions of work. The Immigration Department provides a model contract of employment for the exclusive regulation of the work carried out by migrant domestic workers in private households. The contract, which departs significantly from general employment law applied to all other workers, subjects domestic workers to inferior employment protections and conditions of work. In the contract there are also abundant references to immigration rules and controls which explicitly emphasise the status of the employee as a temporary migrant. A prominent example in this respect is that the contract explicitly prohibits a change of employer. Restrictions go as far as curtailing the constitutionally protected freedom of association; under the threat of deportation, the employment contract prohibits migrant domestic workers to engage in any political activity.

Thus, the state through its immigration law subjects migrant workers to a very particular status, that of a migrant domestic worker. As a result of this immigration status, the worker is also subjected to a very particular employment regime which is in many ways separated from both the regulation of other employment sectors and from the general rules governing the employment of other migrant workers. While a national or an EU national in the same sector could potentially negotiate different employment conditions without any immigration-related consequences, migrant domestic workers are heavily restricted. Their precarious immigration status (i.e. tied and dependent on the employer for the continuation of their permit) makes it particularly difficult to access legal remedies against abusive employers or even to enforce their very limited rights.

I have sketched a bleak picture on the situation of migrant domestic workers in Cyprus; this group is indeed one of the most vulnerable ones in the country. International Human Rights Bodies such as the CEDAW Committee, and national ones such as the Ombudsman, have repeatedly urged the Cypriot state to take action and eliminate migrant domestic workers’ vulnerability. But what are the prospects for improvement? A fundamental change of the visa scheme may be a very difficult and ambitious goal, not least because there is no such pressure on the state. An alternative and more realistic proposal could be turning around entry controls. Cyprus hyper-regulates the entry of migrant domestic workers and imposes several restrictions, but at the same time this control can offer certain opportunities. Migrant domestic workers and their employers are easy to identify and approach because they are registered through the visa scheme. The registration has the potential of becoming a very useful contact point and tool for advocacy groups and Trade Unions; it can certainly facilitate the process of providing information and support to workers, of educating employers on their obligations and of promoting decent working conditions in the domestic sector in general.

Vera Pavlou is a PhD researcher at the European University Institute (LAW). In her PhD project, she focuses on migrant domestic work in Europe. The above article is based on a presentation that she gave during the workshop “Paid domestic work: contemporary forms and past legacies,” organised by the Gender, Race & Sexuality Working Group at the EUI on 16 April 2014.