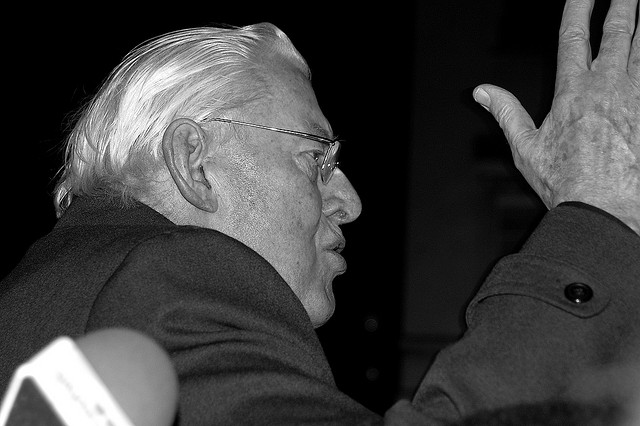 The death of Rev. Ian Paisley has been occasion for reflection upon the United Kingdom’s most firebrand, and certainly one of the most memorable and divisive, political figures in modern times. Paisley rightly will be remembered for his hardline and extreme unionist stance throughout his political and religious career. Northern Ireland’s society and politics have been synonymous with deep and bitter religiously orientated sectarianism, violence, conflict, militarism, and seemingly intractable community divisions since the late 1960s. And Paisley was the most vocal and most recognisable protagonist of its continued community divide. But the intractable oppositions within Northern Ireland appeared to come together in remarkable unanimity on one particular issue, which Paisley almost made his own: that of the reprehensibility of male homosexuality, and questions of sexual minorities in general.

The Northern Ireland parliament stoutly resisted any attempt to impose the Sexual Offences Act of 1967, which had partially decriminalised male homosexuality in England and Wales. Even after the imposition of direct rule and the ending of devolved government in 1972, any attempt by the Northern Ireland Office to introduce partial decriminalization was met with voluble and intense opposition. A high profile case, brought to theEuropean Court of Human Rights (ECHR), Dudgeon vs. the United Kingdom, forced the UK government eventually to impose the partial decriminalisation of male homosexuality in Northern Ireland in 1982. It was a landmark ECHR case: the first to be decided in favour of LGBT rights. It has formed the basis in European law for all member states, in particular new states joining the EU ever since.

Read on at Notches: (re)marks on the history of sexuality

Dr. Sean Brady is a lecturer at Birkbeck, University of London. Among other publications, he is the author of Masculinity and Male Homosexuality in Britain, 1861 – 1913. In May 2014 he gave a lecture at the European University Institute (EUI), entitled “Save Ulster from Sodomy!”: Northern Ireland and homosexuality after 1967.