The Colonial Hangover of The Netherlands

“Our culture is under threat. They want to abolish the Sinterklaas celebration and erect slavery monuments everywhere.” With those words the Dutch right-wing politician Rita Verdonk launched her 2006 election campaign. It sums up pretty much all of the sentiment of those defending the controversial tradition of Zwarte Piet. Each year, Saint Nicholas enters Dutch towns to bring gifts to children in a feast that has been described by the New York Times as “a mix of Mardi Gras and Christmas.” But with one idiosyncratic feature: the blackfaced figure of Zwarte Piet, Saint Nicholas’ servant. The racist symbolism is obvious to outsiders, but until recently, most (white) Dutch were oblivious to it, and the practice still draws widespread support.

As the remarks by Rita Verdonk show, the defenders perceive the criticism to target more than just the act of blackfacing. In one swipe, slavery monuments and ‘our culture’ are brought in the mix. Ironically enough, statements like these are self-evident, as it is the very racism it contains that shows the act of blackfacing cannot be seen in isolation from the colonial past. The outright hostile, visceral reactions in defense of Zwarte Piet show that this ties in to much more, including what Russell Brand has recently called a Dutch “colonial hangover” in Sunny Bergman’s documentary film Zwart als Roet. 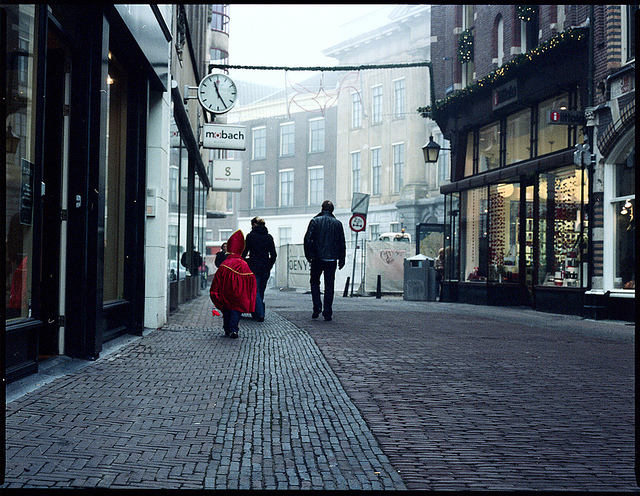 Activists, intellectuals and academics that mention the insulting nature of Zwarte Piet and urge for abolishing this practice face this time and again. Moreover, they are charged of being racist themselves. This happened, for instance, to Quinsy Gario, one of the leading voices advocating a change and creator of the Zwarte Piet is Racisme campaign. In a column, the journalist and philosopher Rob Wijnberg called him a ‘hypocrite’, because Gario’s project “wants to abolish racial thinking, but simultaneously relies on it.” For Wijnberg, in other words, it is impossible to render ‘racism’ meaningful without the idea of ‘race’. Charging someone with racism, in this logic, becomes a racist act in itself.

The support for the ideal of colour-blindness most likely exceeds the support for Zwarte Piet. Film director Eddy Terstall, for example, opposed the practise of blackfacing in one of his columns, but added the following to aptly catch the colour-blind ideal:

Judge people on their merits and opinions, and leave colour and background out of the equation. […] The foundations of our open society are intrinsically just. The law applies to everyone, we have freedom of conscience and we are all equal: men and women, white and black, gay and straight. If we compromise on this and invoke these categories anywhere in society or public policy, we are taking a dangerous turn.

Colonial and postcolonial studies have argued that this sort of reasoning leads to a universalism that represses painful histories and present experiences of discrimination alike. Consider for example these words of Frederick Cooper and Rogers Brubaker on the situation in the US:

Cosmopolitan interpretations of American history have been criticized for taking the pain out of the distinct ways in which that history has been experienced: above all, the pain of enslavement and discrimination, and of struggle against enslavement and discrimination, a history that marks African Americans in ways that white Americans do not share.

The Netherlands seem to be a country that “leaves racism unchallenged”, as Dieke Hondius recently wrote in the edited volume Dutch Racism. In analogy to the quotation above, the state of leaving racism unchallenged might be enhanced as much by the cosmopolitan idea of colour-blindness as by the visceral defence of the Zwarte Piet tradition.

Recently, Lola Okolosie wrote in The Guardian that “in 2014, it is frankly tedious to explain, once again, why and how black-faced minstrels and golliwogs remain problematic.” True as that might be, the Dutch case shows that in the long run, the frontier of public debates on racism might lie elsewhere, namely between pragmatic anti-racism and universalist colour-blindness. The colonial hangover is not over yet.

This entry is based on the article Als Zwarte Piet niet racistisch is, waarom voelen we er ons dan niet senang bij? (De Groene Amsterdammer/Groene.nl, 28/10/2014). It is the first of four entries in a series on racism and Zwarte Piet on The GRaSe Blog, which we publish in the wake of the Saint Nicholas festivities.