The Banality of European ‘Discoveries’

The benefits of approaching cross-cultural encounters with equal attention to all parties involved is demonstrated with considerable success by Romain Bertrand in his recent History of Equal Parts – Accounts of an East-West Encounter (16th-17th Century) (‘L’Histoire à Parts Égales – Récits D’une Rencontre Orient-Occident (XVIe-XVIIe Siècle’). Bertrand’s ‘symmetrical’ history, focus​sing on the Dutch-Javanese encounter, forms a powerful response to Serge Gruzinski​‘s enormously influential idea of métissage. Where the process Gruzinski described as mixing by acculturation, in his hands is ultimately rendered a process of Europeanisation, Bertrand is able to give new weight by proceeding according to a straightforward but challenging maxim: do not hold to be self-evident or universal any intuitive analytical category. “There is nothing in what seems familiar,” Bertrand writes, “that should not be rendered strange and alien.” To apply such thinking to Gruzinski’s own subject, the Global Catholic Monarchy, one would be prompted to ask, for those whom the Monarchy seemed strange and alien, how did they observe it or understand it, and what was their account of the encounter with it?​​

Modes of measuring time, notions of near and far, conceptions of intimacy and individuality, the grammar of affection and belonging, the very idea of what is a “culture” and a “nature”, the relationship to the dead: nothing in the world of our actors should be taken for granted if we are to avoid the risk of anachronism and Eurocentrism.

What Bertrand proposes is a joint and parallel thematic exploration, not a structural item-by-item comparison within a situation created by contingency. The most important thing in Bertrand’s view, however, is simply not to think the encounter on the actors’ behalf: “it is for them, and them alone, to enunciate what united or separated them.” 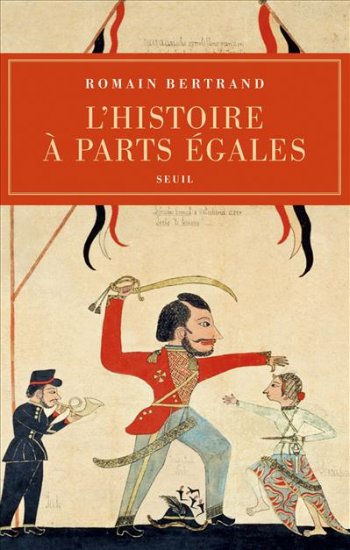 It goes without saying that this cannot be accomplished without an in-depth analysis of non-European sources, in all their genres and forms. The indispensability of such sources to a legitimate historical project is far from a novel idea, yet it remains one rarely practiced. We would be well served to take a page from one of Gruzinski’s and Bertrand’s own contemporary sources, Tommaso Campanella, who advocated for a universal history that would collect history of the world’s varied inhabitants of the different parts of the world, of their respective origins and accomplishments, directly from their own narratives and writings of  themselves. Until then, “universal history is not yet complete;” Campanella wrote, “it is only partial.”

If Gruzinski’s history is partial in the sense that it silences the particular Mexican, Chinese and Indian historicities to view their cultures purely from a European or Westernised-indigenous vantage point, Bertrand’s history of the Southeast Asian encounter with Europe is an effort to fill that void, by allowing the Southeast Asian sources to articulate their “culture” or “identity” on their own terms. If they seem not to accord themselves a culture or identity, “their silence is always nothing but a sign of the inadequacy of our questioning.” Not only was Java not merely a passive recipient of “European modernity,” harbouring the potentiality of another, different history; its very rhythm of time was different. “For centuries the commercial routes connecting Hormuz and Aden with the Malay peninsula via the shores of South India, moved in the rhythm of the comings and goings of the ‘merchants of the monsoon,'” i.e. the seasons corresponding to the cycles of the winds, making the arrival of boats brought in by the north-westerly wind, even if European, quite banal.