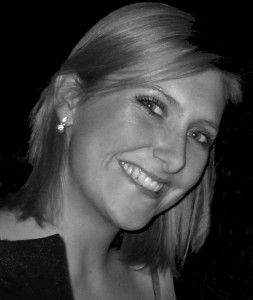 Emma LINKLATER is a Ph.D researcher in the EUI Department of Law, working under the supervision of Professor Giorgio Monti. Her thesis examines the role of EU law and in particular competition policy and regulation in the development of the digital publishing industry. It focuses on three main challenges for the marketplace: Pricing, territoriality and content protection.

Prior to her doctoral research, Emma was awarded an LLM in European Laws from the University of Utrecht and undertook a Bachelors in Law and French at the University of Edinburgh. She has previously worked in the competition and regulation department of De Brauw Blackstone Westbroek, Amsterdam, for the Association EFFRA in Brussels, and as network coordinator for the legal information provider Caselex. In addition, she has provided research input for numerous European projects and reported for the Swedish Competition Authority on the implementation of the Public Sector Information (PSI) Directive.

Johanne KUEBLER is a Ph.D researcher in the EUI Department of Political and Social Sciences, working under the supervision of Professor Hanspeter Kriesi. Her thesis examines the role of the Tunisian diaspora in Internet-driven campaigns in their homeland. It brings together two issues of relevance in our contemporary world, namely the use of the Internet in democratization efforts as well as the political agency of people living outside of their home country. Prior to her doctoral research, Johanne studied at Sciences Po Paris as well as at McGill University in Montreal, Canada.

Angela DALY is a postdoctoral researcher in media and communications law at Swinburne and a 4th year PhD researcher at the EUI working on a thesis entitled ‘corporate dominance of the Internet’ which will be defended in 2013.

In addition, Angela is a regular contributor to the MediaLaws blog. She holds an LLM in International and Comparative Law from the EUI, an LLM in French and European law from the Universite de Paris 1 Pantheon-Sorbonne, and an MA in Jurisprudence from Balliol College, University of Oxford.Before starting her PhD she worked for Ofcom, the British communications regulator.

Diego GARZIA is currently a Jean Monnet post-doctoral fellow at the EUI’s Robert Schuman Centre for Advanced Studies. The long-term focus of his research is on the drivers of voters’ choice in Western Europe. He is particularly interested in the personalization of politics and its effects on voting behavior at the individual level.

A growing body of evidence from cognitive and political psychology shows that people would do a much better job as voters if they had all the relevant information. Based on this normative expectation, Diego’s actual research project investigates the potential of internet-based Voting Advice Applications (VAAs) to counterbalance the perils inherent to the growing personalization of contemporary democratic politics. 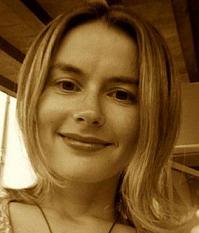 Alina ÖSTLING is Ph.D candidate in the Department of Social and Political Sciences of the EUI in Florence (Italy). She is working under the supervision of Professor Alexander Trechsel.Alina has a professional background in democratic governance, new technologies and development. Her experience includes managing teams and projects in the field of democratic governance at UNDP Belarus; working as a public policy consultant for an international company (Technopolis Ltd); and numerous engagements as an expert in civic participation (EESC), development of online Voting Advice Applications (e.g. EU Profiler) and other online platforms for development (UNICEF Research Watch).
Email: [email protected]
Research interests: Activism, e-Participation, media, public policy, social media 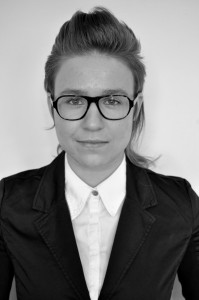 Monika ZALNIERIUTE is a Ph.D researcher in the EUI Department of Law, working under

the supervision of Professor Giovanni Sartor. Her thesis examines the regulatory cooperation options for the international framework for data privacy. It employs the insights by game theorists, rational choice and historical institutionalists to understand the complex interactions among the various actors involved and propose the meaningful cooperation model for data privacy at international level.