The countries of Latin America must set aside pretentious political aspirations and discourses of “good intentions” to advance pragmatically on specific policies that provide regional public goods. The pressing and complex transregional challenges demand the accumulated experience of government bureaucracies, non-state actors, and civil society to foster increased cooperation. When dialogue between political leaders becomes impossible, working together in the underlying technical policy spheres becomes indispensable.

Where does the region stand?

The argument of the growing relative irrelevance of Latin America on the global stage seems to gain strength and credibility over time. This year, two concrete examples give credence to this idea. First, the marginal place assigned to Latin America in the final documents of international meetings such as the G7 or NATO. Second, the poor image of the three most influential countries in the region during the G20 summit in Italy: a physically absent López Obrador, an excluded Bolsonaro, and a reflective Fernández with his mind on domestic politics, thinking about how to reverse the fatal results of the legislative primary elections.

Given the continuous fragmentation that the region has suffered and the recurring failures of integration, we need to consider that Latin America is on the path towards a “self-inflicted irrelevancy.” We shouldn’t forget that the region is the part of the world with the most integration processes and regional cooperation mechanisms with categorically diverse objectives and ideological orientations underway. Perhaps, this aspect is important in explaining the existing structural constraints concerning regional integration.

Two dominant narratives that are not necessarily mutually exclusive will determine the international scene in the coming years. The first is the reality of systemic rivalry between the United States and China, with the second being an entropic logic from which the diffusion of power and international disorder leads to greater complexity, overlap, and redundancy of global agendas. These two narratives of competition and strategic rivalry on the one hand and international diffusion and disorder on the other allow us to glimpse, in part, the complex scenario in which Latin American countries will have to insert themselves in the coming years.

At the beginning of a new decade, thinking about Latin America means thinking about a highly fragmented regional landscape with a marked increase in citizen discontent, deepening economic instability, relative erosion of democracy, and growing institutional fragility. Protests in Bolivia, Chile, Ecuador and Peru in recent years have resulted in part from anger on the part of civilians over the ever-increasing distance between the aspirations and permanently unsatisfactory realities.

What can be done?

However, something can still be done. In a report from the Carnegie Endowment published this year, Federico Merke, Olivier Stuenkel, and Andreas E. Feldmann presented ten proposals to reframe and revive regional cooperation. It is worth highlighting three: focus on the technical, the subnational, and the non-governmental solutions.

First, when the political machinations fails, the answer lies in technocratic initiatives that contribute to the provision of public goods and services at the regional levels.

The region has accumulated experience and know-how in multiple fields. However, it must work to strengthen transregional networks that involve public-private alliances, scientific communities, and think tanks.

Last year’s announcement by Argentine President Alberto Fernández and Mexican President Andrés Manuel López Obrador on creating the Latin American and the Caribbean Space Agency represented a promising initiative to achieve greater regional autonomy on a critical subject such as communication satellites and space exploration. This real regional public good requires the coordinated action of multiple actors (in which some Latin American countries have public-private companies of international prestige) and government levels (the same goes for many government agencies and directorates). 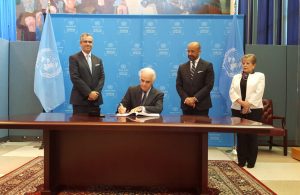 Nevertheless, there is a long way to go: low budgets, pressing economic and social needs, and the absence of Brazil promises a grim future for the regional initiative. Meanwhile, the bureaucracies of prestigious national agencies, the scientific community, and Latin American unicorns can work together to take essential steps in technical knowledge sharing and prepare the ground for a better political moment in the region.

Second, thinking about the role of subnational units in strengthening regional cooperation implies taking advantage of the maneuver room and autonomy local governments were given in the last constitutional reforms in most Latin American countries. But it also means recognizing the potential that local governments have to decode and respond to citizen demands in the territory. It is important to remember that a considerable amount of transnational challenges emerge from cities. The C40 and “Mercociudades” alliances are valuable initiatives in which many subnational governments from the region participate. They allow for a continuation of dialogue and collaboration despite national governments’ ideological differences.

Finally, we must take advantage of a valuable regional asset to effect meaningful change: the active engagement of non-state actors and civil society. We have recently seen how these actors can organize themselves into transregional networks to demand the better provision of regional public goods such as access to natural resources and healthy environments and accountability on environmental matters. The 2018 Escazú Agreement, which outlines citizen rights regarding freedom of information, public participation, and environmental defender protection, is a key example of this process.

In sum, increased instances of specific regional cooperation are essential in a context in which Latin America has less relative weight at the international level, and political fragmentation erodes the path of dialogue. Working on the technical, the subnational, and the non-governmental layers are three aspects in which it is possible to find solutions to the provision of regional public goods when political dialogue at the highest