The Role of the IACtHR: Jurisprudential Advances and New Responses – CALL FOR PAPERS

One of our coordinators is co-organising a workshop in Oslo, Norway, about the role of the Inter-American Court of Human Rights’ (IACtHR). Deadline for submissions of abstracts is 20 March 2017. The workshop will be held on 15 May 2017.

The workshop has three specific aims. Firstly, it focuses on the identification and discussion of the IACtHR valuable contribution to the field of International Human Rights Law, particularly in connection to new issues reaching this judicial body. Secondly, aware of existence of negative reactions provoked by some IACtHR’s decisions in determined States, the workshop aims at identifying and analysing specific factors determining or influencing such rejection. Lastly, this workshop encourages the discussion of possible alternatives for solving those challenges. Through a systematic view of these three aspects, the organisers of the workshop wish to contribute to a better understanding of the role of the IACtHR in the region.

Participants will be selected on the basis of abstracts submitted in response to this call for papers by 20 March 2017. We are looking for concept notes and working papers on the topics described below or similar. Papers should present innovative ideas and be unpublished at the moment of presentation. Submissions must be addressed to [email protected] or [email protected]. Please include your CV and current institutional affiliation.

The workshop will be organised in two panels:

First Panel: New jurisprudence of the IACtHR and its resulting new challenges.

The aim of this panel is to discuss about the role of the IACtHR as a key authority that promotes standards of human rights and democracy in the Latin American region. We are seeking for papers that analyse the relationship of power between the IACtHR and Latin American democracies.  Currently, certain topics might trigger a conflict between the authority of the IACtHR and the principles of popular sovereignty and democracy (e.g., the prohibition of amnesty laws in spite of their enactment by a majoritarian democracy: Gelman vs. Uruguay). In that sense, we welcome documents that assess the political authority and legitimacy of the Court. To exemplify, currently, some commentators consider that the IACtHR actively participates in the creation of an «ius constitutionale commune» in the Latin American region (von Bogdandy 2014a, Acosta). The content of this concept involves the protection and promotion of principles of dignity, human rights and democracy.  Scholars supporting these ideas assert that the content of those principles has been built by the IACtHR[1] (von Bogdandy 2014a). As a consequence, notions such as the control of conventionality and the erga omnes effects of the jurisprudence of the IACtHR entail that the authorities (mainly the local judges) have the duty to apply the standards created by the Court.  These statements raise the idea of the IACtHR as a sort of supra constitutional Court in the Latin American region. Indeed, they believe in the existence of a process of constitutionalisation of the Inter-American System of Human Rights and, at the same time, they consider the principle of cooperation and subsidiarity as still the core of the relationship between the Court and the States.[2]

Conversely, other scholars consider that the IACtHR has exceeded its role and does not respect Latin American democracies. They believe that the IACtHR should exercise self-restraint and apply the doctrine of the margin of appreciation in favour of States (Gargarella, Contesse). These arguments lie on the presumption of a constitutionalisation process of the Inter-American System of Human Rights. Because of this perspective, these scholars apply arguments that stem from the traditional debate about the lack of democratic background of the judicial review institution.

Nonetheless, the opinions of those two groups might be in conflict with the nature of the international legal order and ignore the fact that the IACtHR does not necessarily comply with the role of a «constitutional» or «supra constitutional» tribunal. They do not discuss whether the IACtHR has a strong influence or real power in the Latin American region, either. Besides, they do not take into account the fact that the concept of constitutionalisation can be in conflict with the principle of subsidiarity given that the first approach implies a hierarchical relation between the IACtHR and the States under its jurisdiction.

Secondly, we invite proposals discussing the standards created by the IACtHR regarding the protection of human rights and democracy. For instance, it would be relevant to discuss the concept of democracy. Specifically, the IACtHR has asserted that the democratic principle entails a substantive and a procedural dimension (Gelman vs. Uruguay). In that sense, the substantial dimension involves necessarily the protection of human rights because the latter represents a limit to the democratic governments (Gelman v. Uruguay). However, it is not clear to what extent the discourse of the IACtHR makes that the concept of democracy and the protection of human rights can be differentiated as two separate principles, or to what extent the latter empties the content of the notion of democracy (Karlsson).

Likewise, we would like to receive proposals about the link between the protection of indigenous peoples and minority groups, and the principle of democracy.  For instance, it is affirmed that the Court has built standards to protect disadvantaged groups from structural disparities infringing upon the principle of equality – tied inextricably to the concept democracy (Abramovich). In that sense, progressive and evolutive interpretation has played a major role in the IACtHR (e.g. wide interpretation of the right to property, the concept or the right to live in dignity, the protection of the right to family life of homosexual persons). In this respect, some justify the apparent activist role of the IACtHR by arguing that some Latin American countries can be defined as “weak” democracies (Abramovich). These issues could be discussed through the following questions: How does the IACtHR understand the concept of democracy? Who defines the standards of a weak or a strong (liberal) democracy? Which is the impact of the IACtHR’s jurisprudence in shaping Latin American democracies? Can the jurisprudence of the Court change the patterns of structural inequality in the Latin American Region?

Thirdly, we would like to receive proposals focusing on the fragmentation of international human rights law in the context of the IACtHR. It has been argued that the proliferation of human rights tribunals affects the universality of human rights, since fragmentation might generate confusion on standards of protection and content of rights (Føllesdal). Thus, it would be meaningful to discuss alternatives to deal with the argued negative consequences of fragmentation. Likewise, it would also be interesting to discuss possible positive dimensions stemming from the fragmented nature of the international human rights law. In that sense, we are looking for papers dealing with those opposed ideas, both in the context of the IACtHR and also comparatively.

Second Panel: Systemic and Institutional responses seeking to stabilise the role of the IACtHR.

In this panel, we are looking for papers discussing the ways in which the IACtHR is responding to the challenges raised by its innovative practice. Likewise, papers proposing alternative methods for dealing with such challenges are also encouraged to be presented. To illustrate, we are interested in discussing how the IACtHR’s wide remedial catalogue has been developed and which consequences such development really carries to the effective protection of human rights – is this a model that should be followed by other regional human rights courts or it is only applicable to the Inter-American region? Also, the IACtHR has made extensive use of provisional measures, not only in cases dealing with the right to life (also practiced by the ECtHR) but also in “atypical” cases such as ordering the establishment of an organ for the diagnosis of the grounds for the existence of a conflict and its possible solutions (e.g. Matter of Members of the Miskitu indigenous people of the North Caribbean Coast regarding to Nicaragua, 2016). Some commentators consider, however, that the IACtHR uses these measures as a means for political denunciation, rather than an instrument for the prevention of human rights violations in the region (Clara Burbano Herrera & Yves Haeck). We invite reflections on the role of provisional measures and the reasons for their selection in particular cases. Moreover, we are interested in the examination of the IACtHR’s legal basis for not dealing with non-compliance with provisional measures as an additional human rights violation.

The IACtHR has left the stage in which it only dealt with gross human rights violations in the context of widespread impunity and violence. In recent years, the Court has responded to claims involving the protection of minorities and other disadvantaged groups such as children, members of the LGBT community, indigenous and tribal people, persons infected with HIV/AIDS, persons serving in the military, and persons sentenced to death penalty. In this way, the IACtHR affirms its position as a permanent guarantor of the rights enshrined in the American Convention on Human Rights, addressing current issues in the Inter-American context. Thus, the Court’s rulings have started fleshing out the concept of certain social rights (e.g. right to health, right to education) and, particularly, the threshold of protection which States are obliged to provide in regard to those rights. We encourage the examination of the IACtHR’s assessment of such protection, and the process for the determination of the positive obligations which States bear.

Additionally, considering the great attention afforded by the ECtHR to the particular view of States when balancing rights (i.e. margin of appreciation), we would like to discuss whether it is possible (and thus how) such deference might be (or it is) used in the Inter-American context. Is it a matter of States’ maturity in terms of democratic indicators (Føllesdal)? If this is the case, would it be possible to allow some States more deference than others?

We will provide (economy) round-trip flight tickets and modest accommodation in Oslo. Unfortunately, we cannot provide invitation letters for visa purposes. Norway is part of the Schengen agreement. 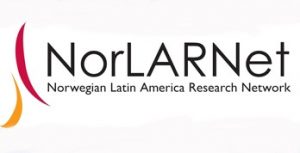 This workshop is organised by two PhD students researching on the Inter-American Court on Human Rights. Funding has been awarded by the Norwegian Latin American Research Network after a competitive selection.

Leiry Cornejo Chavez (European University Institute) is a third year researcher writing her dissertation on non-pecuniary remedies by regional human rights courts, including the IACtHR. Previously, she has worked as research assistant at PluriCourts – Centre for the Study of the Legitimate Roles of the Judiciary in the Global Order and MultiRights – The Legitimacy of Multi-Level Human Rights Judiciary (Law Faculty, University of Oslo). In 2016, she was a visiting professional at the IACtHR. Cornejo Chavez holds a LL.M. in Public International Law by the University of Oslo.

Natalia Torres Zuniga (University of Oslo) is a second year researcher writing her dissertation on the legitimacy of the IACtHR to review national decisions made by democratic governments. She holds a master in Constitutional Law by the University Menendez Pelayo (Spain) and the Center for Political and Constitutional Studies (Spain). She has worked as legal advisor at the National Congress in Peru and at the Peruvian Constitutional Court. Likewise, she has been teacher assistant at the Law Faculty (Pontifical Catholic University of Peru).

[1] These scholars believe there is a Latin American community of judges who dialog and build the standards of protection of human rights in the Inter American System of Human Rights.