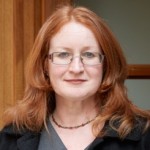 The Ufficio Pastorale Migranti, a Turin-based counselling and services office for migrants run by the Catholic church in this northern Italian city, makes its mission clear on its colourful website.

Open to the public five days a week, the Ufficio offers migrants a range of services, from Italian lessons to advice on legal issues—including how to apply for or extend a permit to remain legally in the European Union or put together an application for political asylum.

It is also helping to create a new breed of lawyer in Europe. In an effort led by the International University College of Turin, the legal assistance offered comes from law students, whose work for the Ufficio is part of their legal education (More about the IUCT’s human rights and migration law clinic from their video).

In the United States, this kind of community involvement is a common part of what is known as clinical legal education, which has been an integral part of US law schools since the mid-20th century. But for Italy, France, Germany and other parts of western Europe it is something decidedly new. Rick Wilson, a legal scholar and clinical law professor from American University has gone so far as calling western Europe “the last holdout” in what has  become a global movement.

Law schools around the world have begun to embrace “learning by doing” as a way to integrate theory and practice and promote public service among lawyers.  With Poland leading the way, Central and Eastern Europe adopted clinical legal education in the mid-nineties as part of the remaking of their legal systems following the collapse of Communism. In the United Kingdom, legal clinics started to expand dramatically after 1993, when the Law Society of England and Wales relinquished its monopoly on vocational legal education, creating space for greater innovation by colleges and universities.

Universities of western Europe, with their tradition of theoretical legal teaching and rote learning, have proven more resistant to this new approach to teaching. But there are signs of change. Based on my work developing clinics for the Open Society Foundations, I would estimate that the number of university law clinics in western Europe has more than doubled in the last three years to somewhere around fifty. The launch in June 2012 of the European Network for Clinical Legal Education, which is made up of law professors from 17 countries throughout Europe, coupled with the dramatic increase in the number of clinics mark the beginning  of a new age in educating lawyers in Western Europe.

Consider Science Po, the elite French graduate school. It now offers students a range of clinical options, from providing direct legal services to low income clients with debt problems to helping to working on legal and policy issues at the intersection of human rights and economic globalisation. In Germany, Humboldt University in Berlin has set up a “Human Rights Clinic” that places law students with NGOS where they help provide legal assistance to a wide variety of clients, including victims of trafficking and ethnic profiling by the police and persons with disabilities.

In the “EU Rights Clinic,” launched in January of this year, students from the University of Kent in Brussels assist clients from throughout the EU with problems arising as a result of their migration within the EU. Students have provided legal opinions in support of the visa applications of EU citizens and their non-EU family members, appealed a decision of the national authorities that terminated disability benefits to a UK citizen who had moved to Hungary for treatment and to be near his family, and lodged formal complaints before relevant EU institutions in response to excessive border controls at the frontier between Gibraltar and Spain on behalf of over 100 affected citizens.

This increased interest in clinical legal education comes at a time when the need for legal assistance is growing across Europe. The economic crisis in the Eurozone has fuelled rising xenophobia directed against migrants and Roma, groups that the Sportello seeks to protect. Legal clinics also provide desperately needed assistance to people struggling to make ends meet who are facing property foreclosures or the denial of benefits and services. By providing legal services to these populations, clinics benefit not just the individuals but the wider community.

For law students, the clinical experience offers an invaluable opportunity to use what they have learned in the classroom to empower those whose rights have been violated and who would not otherwise have access to legal assistance. Ultimately, this can be a transformative experience for them–instilling a life-long commitment to public service.