Through the Law in Action Project, EUI researchers engage in collaborations with NGOs and other law clinics throughout Europe to provide technical legal assistance in relation to ongoing litigation and advocacy projects. The aim is to establish at the EUI, through the Law in Action Project, what might be called a “clearing house clinic” connecting various clinics, promoting information sharing and providing assistance. 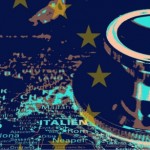 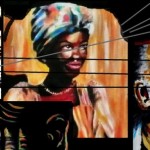 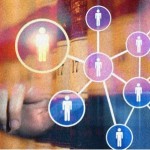 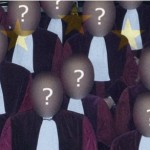 Overview: In collaboration with the EU Rights Clinic of the University of Kent (Brussels) LiA researchers compiled a survey of healthcare rights in the EU Member States. The study examines the different health care systems of the various Member States and more specifically it investigates the legal conditions under which mobile EU citizens can access national health care rights.

Project aims: This work aims at contributing to a broader project begun in 2013 by the IUC Turin Clinic on judicial review of migrants’ detention in Italy. In particular, the object of the collaboration is the drafting of two documents that can help Italian lawyers bring strategic litigation before the European Court of Human Rights challenging the compliance with the Convention by the Italian system on review of migrants’ detention orders.

Overview: The task of the LiA researchers was to work on, update and improve a sample of application drafted by the students of the IUC Turin Clinic. After having re-discussed the project with the managers of the Turin Clinic, we decided to write two separated documents, namely a legal tool-kit for lawyers on how to file an application before the ECtHR and a sample of legal argumentation on migrants’ detention. The Turin Clinic will circulate these two documents among Italian immigration lawyers and NGOs in order to make it easier for them to raise specific instances of migrant detention before the ECtHR. The IUC Turin Clinic will be at the lawyers’ disposal during the course of their application.

Project aims: Collaborating with the EU Public Interest Clinic, the aim is to lodge a complaint with the European Ombudsman in relation to the lack of transparency surrounding the selection of justices of the European Court of Justice prepare and submit access to documents requests in various EU Member States.

Overview: Considering that some countries hold televised hearings when selecting justices for their supreme courts, there is an astonishing lack of transparency around the selection of candidates for the Courts of Justice of the European Union (“CJEU”). Every time a judge is to be appointed to the CJEU, a special panel (“255 Committee”) comprised of former judges issues an opinion on the suitability of the candidate. This opinion (“255 Opinion”) is not released to the public and is only communicated to the Member States. In 2014, the EU Public Interest Clinic students used the EU access to documents regime to try to get hold of these opinions. The students were, however, rebuffed by the Council of the EU (which holds the opinions). In 2015, working for Access Info Europe, EU Public Interest Clinic students drafted a complaint to the EU Ombudsman. Simultaneously, LiA Project researchers drafted and requested access to the very same 255 Opinions at the national level via Member State access to document regimes (in Poland, Austria, Germany and the Netherlands).

Project aims: In collaboration with PILnet and ENCLE the LiA research team will conduct an in-depth study into the role of human capital in the long-term success of clinical legal education projects in Europe.

Overview: In the mid-1990s (and through to the early 2000s) a Clinical Legal Education (“CLE”) movement took place in Europe. However, the movement was exclusively confined to Central and Eastern Europe, where not only the Ford Foundation, but various other US donor organisations including the Open Society Institute (through the Constitutional Law and Policy Institute (COLPI)), the American Bar Association Central European and Eurasian Law Initiative (CEELI), USAID, the German Marshall Fund, the MacArthur Foundation invested significant resources into the establishment of legal clinics in the region. COLPI and the Ford Foundation funded Columbia University Public Interest Law Initiative (PILI), helped to set up over 75 law school clinical programs in several Central and Eastern European countries, while CEELI helped to establish over 100 law school clinics in Russia. As funding for CLE in Central and Eastern Europe declined in the mid-2000s, many of these law school clinics have ultimately proved to be unsuccessful or unsustainable over the long term (particularly in Russia). However, there are a few success stories, for instance Poland, where clinical legal education is now institutionalised in much the same way as it is in the US and a national funding organisation has even been established (Fundacja Uniwersyteckich Poradni Prawnych). Meanwhile, perhaps commencing in 2005 with the founding of the Penitentiary Clinic at Rovira i Virgili University’s School of Law at Tarragona, Spain, CLE has finally reached Western (continental) Europe. We are presently witnessing a CLE boom in Western Europe. In spite of persistent claims that CLE is incompatible with, or rendered redundant by civil law legal systems, Western European universities are turning to CLE at an astonishing pace. A recent Open Society Justice Initiative survey suggests that there are 32 clinics in Germany alone (at separate universities), five in France, four in the Netherlands, four in Ireland, three in Spain and 21 in the United Kingdom. Considering that just ten or even five years ago these figures (certainly in continental Europe) would have been at zero, this is a significant increase.

What is clear from the scant literature is that human capital plays a key role in the long-term success CLE projects. The LiA Project team have identified several individuals who might be described as pioneers of CLE and examples of success-stories (in both Eastern and Western Europe) and will conduct in-depth interviews with them. The team plan to carry out around 60-80 interviews all in all. The team is interested in trying to identify a common narrative of success for European legal clinics in terms of human capital.