60 years of the European Convention on Human Rights 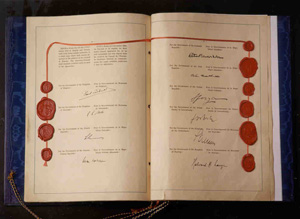 The 60th anniversary of the coming into force of the European Convention on Human Rights (ECHR) was celebrated last September. The European Convention on Human Rights and Fundamental Freedoms  is an international agreement, adopted in 1950 which entered into force on 3 September 1953.  It was created by the Council of Europe which was set up after the Second World War to protect human rights and the rule of law and to promote democracy across Europe. The right of the individual to lodge an application at the court became possible in 1987. The Court has been a victim of its own success: over 50,000 new applications are lodged every year.

Although a clear distinction should be made between the EU and the Council of Europe, a gradual integration has  taken place between the protection of human rights within the EU and within the framework of  the ECHR. The European Court of Justice has been including the ECHR in its interpretation of human rights claims. Following the Lisbon Treaty, the next step will be the accession of the EU to the ECHR.