On July 12th, President Dehousse has signed an Agreement on behalf of the EUI Library with Agence Europe’s current director Lorenzo Riccardi to digitise the Agence Europe Bulletin Quotidien from 1953 to 1999.

In January, the EUI Library reached out to Agence Europe’s director Riccardi to launch the idea for a collaborative project to digitise the back issues of Europe Daily Bulletin which cover a wide range of social, economic and political issues pertaining to the the history and the political decision making of the European Union. The proposal was met with enthusiasm.

Agence Europe’s Daily Bulletin is currently available via subscription database in English and in French from the years 2000-on. However, their archives only exist in print. The digital reproduction of this unique corpus of information will facilitate researchers to browse and research 50 years of European Union history.

“The EUI Library considers this Agreement the first step of a new area of development for special collections in our library” – says library director Pep Torn – “and points towards an acquisition strategy that makes it possible to fill collection gaps in our library by acquiring and digitising relevant publications (print and digital), across all disciplines, and make them as open as possible to the research community, or as open as copyright restrictions allow.” 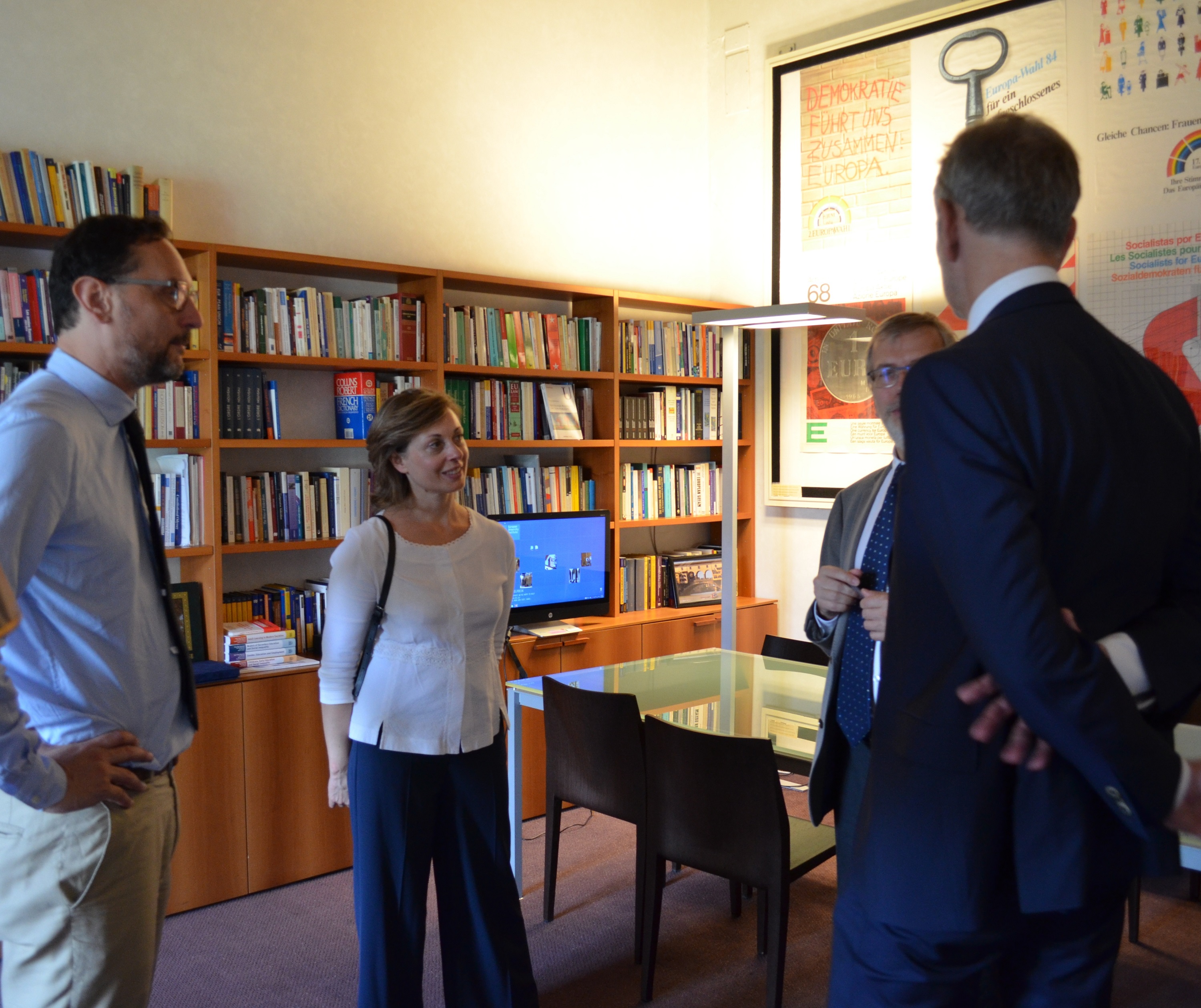 Only a few months after the High Authority of the European Coal and Steel Community had set up office in Luxembourg,  Lodovico Riccardi, the then Chairman of the Italian press agency ANSA, established this new press organisation, Agence Europe, to report on the European project that Jean Monnet and Robert Schuman had launched in 1950. On 12 March 1953, the first issue of the daily news bulletin “Europe” was published, in French, the working language of the institutions. Since then, top journalists like Emanuele Gazzo and Ferdinando Riccardi became constant visitors to European spokespersons and officials within the institutions to deliver timely and authoritative news on the activities of EU institutions and the developments of the European economic and political integration.