World Constitutions Illustrated is a very large collection of constitutions and constitutional documents provided on the Hein Online platform. With this month’s release,  new documents for more than 20 countries have been added , such as the latest amendments to the constitutions of Austria, Belgium, India, Spain and Zambia. New documents have been added as well for Argentina, Armenia, Azerbaijan, Brazil, Chile, Costa Rica, El Salvador, Guatemala, Haiti, Honduras, Indonesia, Jamaica, Malawi, New Zealand, Panama, Sierra Leone, Tunisia, Uruguay, and the United Kingdom.

What does the database World Constitutions Illustrated contain? A constitution of every country in the world in the original language and with at least one English translation. Included as well are historical documents and a link to scholarly articles and commentary, and a bibliography of select constitutional books.

There are thousands of classic books on constitutions, constitutional history and jurisprudence, andpolitical and economic history. There are hundreds of other works identified that will be added in futurereleases. This project is in close collaboration with libraries to bring in these classic works, some of which are centuries old,dating back as far as 1583. The collection includes works by some of the greatest legal minds in history, such as: 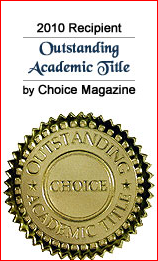