The EUI and the German National Library of Economics (ZBW) have signed a memorandum of understanding to promote cooperation between the two institutions, and collaborate on the further development of the EconBiz economics research portal. EUI economics outputs are indexed in EconBiz via the RePEc service. The Zentralbibliothek für Wirtschaftswissenschaften (Kiel and Hamburg), founded in 1919, is the world’s largest specialist library for economics. The EconBiz union catalogue and full-text portal was launched in 2002. The discovery tool helps locate 10 million publications and..

EconBiz functions as a local catalogue for the German National Library of Economics and provides options for access to licensed resources, varying by users’ locations. More than four million publications are sourced from the ECONIS database – drawing on bibliographical records created by ZBW since 1919. Literature is predominantly in English and German, with French and Spanish interface functionalities. International partners, including academic libraries in America, Asia and Europe, provide feedback on EconBiz content, functionalities and services.

EconBiz was upgraded in 2017 with the launch of access to selected German eBooks from ZBW’s collections; the addition of the first cross-links to research data (under ‘more details’ in publications’ metadata); the addition of new literature search guides; and the beta version of a new in-text search tool – SCiFiS – for digitised graphs, tables and images in economics publications. In 2018, ZBW aims to enrich publications’ metadata for both open access and licensed works; expand the coverage of relevant working paper series; and include more links to research data. 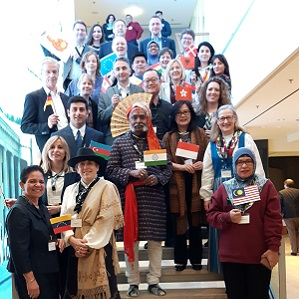