Lynn H.Nelson passed away. He invented the WWW VL History Central Catalogue and was an American Pioneer in Digital History

Sunday the 2nd of September Lynn H.Nelson, American Pioneer of the Digital Humanities and Digital History passed away.

He was born the 21st September 1931 in Harvey, Illinois, USA. He entered the University of Chicago in 1948, receiving the AB degree in 1950. He served in the United States Army 1952-1954 and spent the years 1954-1956 mastering the professions of land surveyor and general engineer. He returned to graduate work at the University of Texas, Austin, receiving another Bachelor’s degree in 1958 and, in 1963, completed his dissertation, The Normans in South Wales, 1070-1171, published in 1966 by the University of Texas Press, he joined the staff of the History Department of the University of Kansas where he was awarded the rank of Full Professor in 1972. He turned his academic attention to the history of Medieval Aragon, and has published several books and articles in that field as well as in Late Antiquity. He retired with impaired health in 1998 but continued to work on-line and to pursue historical research. He married Carolyn Ann Seymour, a doctorate in Roman History, in 1962, and Lynn Albert Nelson, their son and only child, was awarded a doctorate by William and Mary University in the field of United States Colonial Agricultural and Environmental History. Lynn claimed that his life was managed by Sam, an assertive black dog who has been his constant companion until recently.

Lynn’s attention was drawn to Internet communications in 1989, and he devoted much of his energies since that time to encouraging the development of on-line history resources. “I more or less stumbled into computer telecommunications in 1989, he wrote he wrote telling us about his curiosity for the new digital humanities discipline, rather late in life, but, led by Thomas Zielke, of the University of Oldenburg and list owner of [email protected], and encouraged by Herb Harris, Director of Networking at the Academic Computing Center of the University of Kansas, I soon found myself spending all of my “spare” time attempting to aid in the development of online History facilities“. The WWW VL History Central Catalogue, he created, became a very active chapter of the more global WWW VL, the “book and globe logo” project supported by Tim Berners-Lee, the inventor of the WWW in 1991.

I met Lynn for the first time virtually when I started to collaborate in 1995 to the WWW VL History Central catalogue, taking care of the Italian History chapter. At that time, the web was young and it was still possible to think that a history web could have been monitored by a team of volunteers that Lynn was coordinating. The principle of Wikipedia -which appeared for

the first time in 2001- was already embedded in Lynn’s own Virtual Library project. “Maintainers” around the world were sharing openly their knowledge of what was available in the history web with a worldwide community of users. They used the organized hyperlinked structure of the World Wide Web Virtual Library, a library belonging to no specific places but ubiquitous and accessible from everywhere. This WWW VL History project was moved in 2004 from the University of Kansas to the European University Institute in Florence were he is still accessible. So you may wish to look at a piece of history of the web. A project, the WWW VL European Integration History is still a partnership between the Historical Archives of the EU, the CVCE and the EUI Library and History Department. Today the last active chapter of the WWW VL History is EHPS, the European History Primary Source portal. 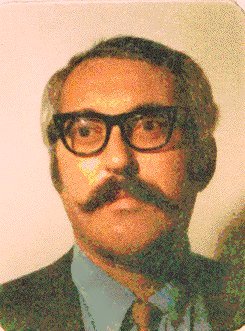 Lynn was a mentor in the field of digital history and humanities computing. Requested in 1998, he wrote an essay for a monographic issue of the Italian contemporary history Journal Memoria e Ricerca, about the origins of the history web and the many projects he created or took part to in the early ’90, sometimes even before the web on the Internet.

was convinced that scholarship should have been freely accessible through the Internet and that less developed areas of the world would have benefitted of this virtual knowledge. So he created one of the first Digital Library asking around in Kansas and elsewhere within his own international network of convinced “geeks”, for Ph.D. thesis, books, essays that he could have entered bites by bites into his Virtual Library of E-books.

CARRIE, A Full Text Electronic Library, is the title he chooses in the Nineties for such a library. CARRIE, Lynn’s digital library, is still online here at the EUI. Of course such a virtual library is now made of very “old fashion” e-books: the web developed enormously during the first years of the 3rd Millennium. But it remains a library full of surprises for who wants to navigate its pages. And Lynn H.Nelson constructed CARRIE piece by piece, day by day, sitting at his computer and adding chapters like the Carrie Eurasia Collection (CEC), the Donated e-books under copyright, the Reference works and other special collections with original scholarship and primary sources from the European Medieval era up to the Second World War.

Constructing such a library, maintaining a network of history volunteers, keeping constantly in touch with them, was Lynn’s intact juvenile task performed with unaltered enthusiasm. The many persons that have had the chance to meet him will never forget how fun it was also to interact online and feel always his subtle irony. Virtual and closer friends and collaborators will all miss him.

A longer and more detailed version of this post is available on Digital & Public History.