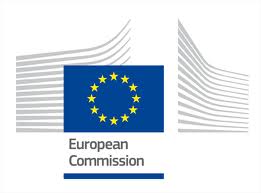 President-elect Juncker unveiled his team and the new shape of the next European Commission (2014-2019).

The new College of Commissioners will have seven Vice-Presidents (one of whom is the High Representative for Foreign Policy and Security Policy, Federica Mogherini). Those other than the High Representative will each lead a project team, focusing on issues such as ‘Jobs, Growth, Investment and Competitiveness’, ‘Digital Single Market’ and ‘Energy Union’.

Read the entire Press Release, “The Juncker Commission: A strong and experienced team standing for change“.

The structure (organisation chart) of the Juncker Commission
The EUI Library holds a highly specialised collection on the European Commission and its modus operandi. These include:

Are you looking for EU publications and documents? Visit the EU Information Research Guide and the European Documentation Centre pages or ask the EU information specialist, Evangelia Koundouraki