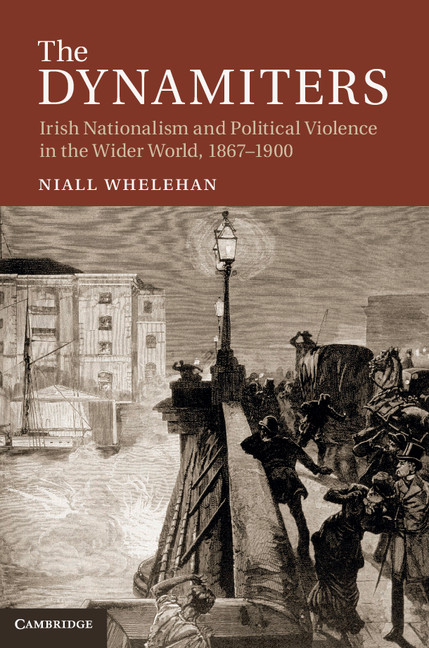 In August 2012, Cambridge University Presses published “The Dynamiters. Irish Nationalism and Political Violence in the Wider World, 1867–1900“, by Niall Whelehan, (National University of Ireland, Galway). ThePh.D. Thesis was defended in the EUI History & Civilisation’s Department in September 2009. The Thesis can be consulted in the EUI Library and/or requested abroad through the EUI Library Inter Library Loan service for other libraries. An Hardback copy of the book (ISBN:9781107023321) is now on order.

CUP is offering the table of contents and an abstract on his website. The book deals with the following features: “it explores the factors which led to the adoption of this new form of revolutionary violence; it is a transnational study which reveals connections and parallels between the ‘dynamiters’ and other revolutionary and nationalist groups; it analyses the dynamics of revolutionary organisations from below as well as from the top down”

Searching in  Cadmus, the EUI’s Research Repository which contains academic publications of all EUI members, you will discover a longer abstract for Whehelan’s EUI Ph.D. Thesis, together with other Whelehan’s publications and a link to this book too.

“Insurrection is frequently viewed as a vertical theme in Irish history, both by historians and the conspirators themselves. The Proclamation of the Irish Republic, delivered by insurgents during the 1916 rebellion, depicted their actions as the logical extension of a historical tradition in a country that had already seen violent rebellion four times during the long-nineteenth century.1 Tradition kept the rifles warm, or so the manifestos claimed, and not successful precedents of insurrectionary action. After the penultimate uprising of 1867, however, rebels began to rethink the merits of insurrection and canvas alternative strategies, which led to an urban-guerrilla or bombing campaign in the 1880s. The present study investigates this transformation in revolutionary action and seeks to challenge the frequent analytical collapse of militant Irish nationalism into ‘traditions of violence’ explanations. Instead, I argue that the rebels’ actions may be better grasped if placed in concurrent contexts and in connection with specific milieux. Between the insurrectionary movements of the nineteenth century and the organised revolutionary parties of the early twentieth lies a field of action ill-defined. The purpose of this thesis is to investigate that field.”