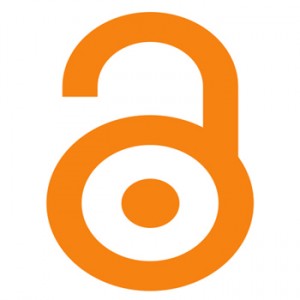 The OpenEdition, the most important Open Access academic publisher in France in the field of Humanities and Social Sciences -opened to other Europan languages an countries- has issued a call to the French Governement asking for more support of OA policies in the French academic world. OpenEdition suggests to adopt a general business model for OA which would be close to the Freemium model that has been offered by the OpenEdition to academic libraries worldwide in the field of Humanities and Social Sciences. This business model has the merit to creates a form of Open Access publishing that enables authors to publish and readers to read without financial obstacles.

You will find below the full Open Editions statement in English . The Statement is also available in French on the OpenEdition’s web site.

“Within the framework of the Assises de l’enseignement supérieur et de la recherche, the OpenEdition Academic Committee at the Centre for Open Electronic Publishing wishes to draw the French government’s attention to the issue of Open Access in academic literature.

It is our firm belief that Open Access to academic research results represents a huge progress for society as a whole. Open Access is a highly effective and fair system as it facilitates access to research results for both researchers and lay people the world over. The direct benefits for academic progress, knowledge and society are plain to see. In the humanities and social sciences, comprising a range of disciplines which contribute to our understanding of the complex societies in which we live, Open Access to research results is also essential, for the development of our societies and for the cultural enhancement of all. Open Access also encourages the influence of research beyond national and disciplinary boundaries. Finally, as most research is funded by public money, it is necessary that this collective investment can be made public as quickly and as efficiently as possible.

The European Union has understood these issues and has undertaken to promote Open Access, which it considers a major asset for continent-wide innovation and, thus, as a lever for improving the efficiency of its investments in the research sector. It supports two approaches: the green road, represented by HAL in France, the system of open archives where researchers deposit their works in full text and make them accessible to all. This solution has enabled thousands of articles in all disciplines to be made available on Open Access. We too support this approach. However, it cannot be the only strategy to be developed.

The second approach is the gold road. Following the Finch report, the United Kingdom has decided to invest massively in this approach. Once, Open Access Gold simply referred to publications – journals and books – published on Open Access. Gradually this definition has altered and now refers to the fast developing “author-pay” business model, where authors, research centres or their financing bodies meet publication costs (varying from $1000-$5000/article). This mechanism has become widespread in certain disciplines, but we do not believe it is the most conducive to the progress of academic knowledge.

We believe in a third road for Open Access. The platinum road creates a form of Open Access publishing that enables authors to publish and readers to read without financial obstacles. The various existing modes to finance such a model are listed in the Open Access Directory. We favour a hybrid model, the Freemium model, where texts are Open Access but a collection of value-added services may be purchased. It is to this end that, in 2011, OpenEdition launched OpenEdition Freemium for journals, and late 2012, launched a Freemium book service (OpenEdition Books). Readers, publishers, and libraries have welcomed the proposal, and initiatives based on the same principle, but with different modus operandi, have also emerged, proof that the idea is catching on. The Freemium model is at the heart of the OpenEdition future investment project selected by the French government for funding for the next eight years to come.

To find out more