This is the Press release about the European Library Portal for accessing Historic Newspaper from 23 European countries. 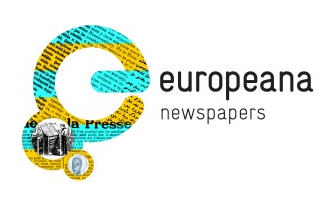 “The third press release of the Europeana Newspapers Project tells you all about the historic newspaper browser:

“For the first time in history we have the opportunity to do transnational comparative research on the basis of big data!“ says Toine Pieters, digital humanities researcher from the University of Utrecht.

The prototype interface has undergone usability testing in spring 2014. On the basis of the recommendations received, The European Library simplified the search page and made it possible to browse the content by date, newspaper title and geographic map. Before the end of the project a further usability study will be carried out to test the improvements made. While the amount of content in the browser continues to grow rapidly one can already explore 1.8 million historic newspaper issues and perform full-text searches across 7 million pages. By the end of January 2015, the browser will contain around 30 million newspaper pages from 25 libraries in 23 European countries. Users will be able to search:

“Having access to newspapers from across Europe….allows us to look for circulation, not only for origins: to study routes rather than roots, to work on what we call transliteratures.” says Amélia Sanz, researcher and professor of comparative literature and cyber culture at Universidad Complutense de Madrid.

“For researchers, such as historians, journalists, fact-checkers and genealogists, Europeana Newspapers will be the most important portal to consult historic newspapers in Europe. A source of great importance in construction.“ says Eric Hennekam, archive specialist, member of the Association of Professional Genealogists and visiting lecturer at the faculty of journalism of the University of Groningen, VU University Amsterdam and the Flemish Mediacademy.

Historic newspaper content from the following libraries is available and constantly growing: