The BIS (Business, Innovation and Skills Select Committee of the UK House of Commons) Committee calls on the Government  to reconsider its preference for Gold open access as expressed in the 2012 Finch Report.

The BIS Report, published on 10 September, recommends that: 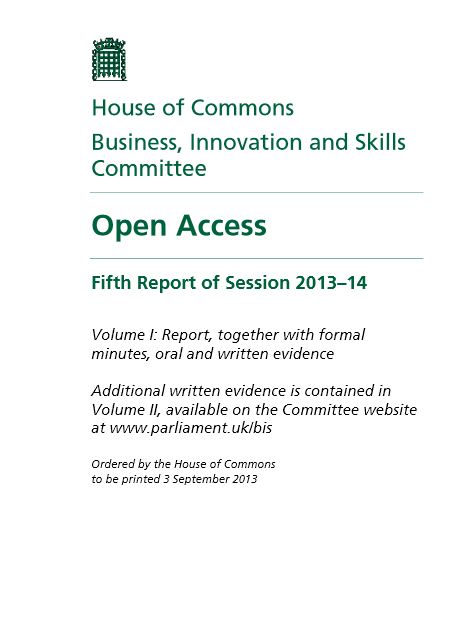 “However, we have real reservations about the committee’s recommendation to restrict embargo periods to six months for STEM subjects and 12 months for humanities, arts and social sciences. This will directly limit where researchers can publish, will constrain academic freedom and could potentially damage the international standing of UK universities.”

More from the Russel Group on the BIS OA Report

Read the original comments from the Russel Group