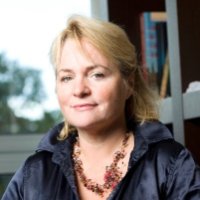 I will discuss three meanings of brexit – starting with a definition of “meaning” as narrative, as opposed to explanation, rationalisation or implication.

The lecture will explore the ways in which this last narrative can both draw on the other two and help transcend them. It will draw on the four disciplines of the EUI and the Max Weber programme, namely history, politics, law and economics.

Kalypso Nicolaïdis is Professor of International Relations and director of the Center for International Studies at the University of Oxford. She was previously associate professor at Harvard University’s Kennedy School of Government.

She is a graduate of Sciences-Po (1982) and received her PhD from Harvard in 1993. More information –including publications- can be found on her website.