Confidence Building to Avoid Military Clashes in the Persian Gulf

On 2 February 2021, the Middle East Directions Programme hosted Giovanni Romani, Sanam Vakil, Tytti Erästö, and Mahsa Rouhi as part of its Regional Security Initiative. Moderated by Luigi Narbone and Abdolrasool Divsallar, the event (see more details here) explored the possibility of military de-escalation measures in reducing tension between the US and Iran. This is a summary of the discussion, which focuses on the possibilities of strengthening the Joint Comprehensive Plan of Action (JCPOA), while building communication channels to enhance trust among regional actors. 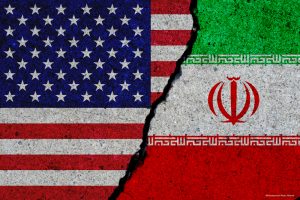 In recent years, Gulf security has sharply deteriorated, with alarming escalatory dynamics played out between countries there, as well as between Iran and the US. These events came dangerously close to all-out war in 2020. Since its withdrawal from the JCPOA in 2018, the US has implemented a “maximum pressure policy”, with several rounds of sanctions which have closed off Iran from financial channels and strongly affected the country’s trade.  The US sanctions have challenged Iran’s capacity to weather the impact of the pandemic, which has critically affected the livelihoods of ordinary Iranians.

These dynamics have pushed Iran towards more hardline positions. Iran has responded to the US’s “maximum pressure policy” by doubling down on its regional presence and by threatening to close off the Strait of Hormuz if its oil exports are stopped. In turn, the US has broadened its maritime security policies and heightened its naval presence in the Gulf, thus increasing the risks of incidents with the Iranian navy.

According to the dominant narrative in the US, these developments reflect Iran’s malign intentions in the region, while Tehran puts the blame on America’s maximum pressure policy. These dynamics have reinforced diverging threat perceptions and created security dilemmas across the region.

Escalations between the US and Iran have served to demonstrate the JCPOA’s value in making the region safer and in preventing war. With the beginning of the Biden presidency, the US has signaled its willingness to shift away from Trump’s confrontational approach and move towards a multilateral dialogue with, perhaps, new diplomatic pathways. However, taking advantage of this brief window of opportunity is proving difficult. 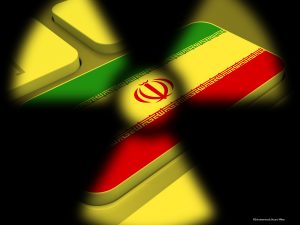 While both Tehran and Washington have declared that they wish to return to the deal, both sides have come to see the nuclear agreement as fragile and too limited in scope and scale. Some criticisms of the deal are, indeed, legitimate. For instance, it is true that notwithstanding the JCPOA Iran continues to support its proxies in the region and the JCPOA has failed, too, to create far-reaching changes in different Iranian policy areas. However, it should be noted that these negative attitudes are often based on excessive expectations. While the JCPOA might produce small and incremental results, it will take a long time to build up confidence between the parties.

Moreover, the above criticisms show a lack of understanding of Iran’s strategic approach, an approach which includes the missile programme and regional influence. It is unrealistic to expect Iran to abandon these policies as this would amount, in Iran’s mind, to total surrender. Moreover, while Iran’s strategic pillars are intertwined, their drivers are starkly different. For example, Iran’s nuclear agreement is not a driver for its policies in Syria. It is, therefore, important to carefully distinguish between different levels of Iranian policy.

To improve the reach of negotiations, parties should synchronize and manage the timing and the sequence, and agree on further positive steps in the region.  This careful, incremental approach would serve to protect the deal from the failures which we witnessed after the initial agreement in 2015.

In terms of timing, the attempts to swiftly revive the JCPOA should take into account the Iranian election cycle. President Rouhani’s moderate approach of engagement with Europe and the P5+1 is being challenged by hardliners who advocate building up leverage. A loosening of sanctions might positively affect the elections in Iran and empower the reformers around Rouhani. If history is any guide, and taking the transition from Khatami to the Ahmadinejad administration as a precedent, attempts at reviving the deal may stagnate. At the same time, it is likely that the Rouhani government might take drastic measures before leaving office, as a show of strength to its opponents.

On sequencing, several issues need to be considered. For example, Iran has overtly stated that it will demand compensation for sanctions. However, this can be interpreted in different ways.  On the other hand, the way sanctions relief unfolds will depend on how the US government reviews sanction designations. What will the US decide is nuclear- and what is, instead, terror-related? This will require negotiations through the JCPOA dispute resolution mechanism and these negotiations may take many months, thus endangering the prospects of a quick US re-entry into the JCPOA.

Finally, the JCPOA should be considered as the beginning of a long process. This is a process that will ideally restructure the architecture of regional security and address conflict management in the region.

While the traditional US approach to regional dialogue has been based on excluding Iran, recent announcements by US National Security Advisor Jake Sullivan have signaled a desire for a more inclusive approach. However, this new paradigm will need to recognize that the priorities of P5+1 are different from those of other Middle Eastern powers including Israel, Saudi Arabia, and the UAE. While the US prioritizes non-proliferation, Riyadh and Abu Dhabi tend to be more concerned about missiles and regional interference; they consider that the JCPOA has allowed Iran to expand these activities. Accordingly, these countries would like to prevent the US from re-entering JCPOA. As such they will likely pressure Biden to use sanctions to force Iran into making concessions on ballistic missiles and into downgrading its interventions in the regions. Follow on from this talks will not get far if different priorities are not adequately addressed.

Through regional rapprochement, many of the challenges that limit bilateral confidence-building might be kept in check. For example, even if a US-Iran Incidents-at-Sea agreement seems far-fetched for the moment, a similar agreement among regional actors could be used to indirectly regulate US-Iran interactions. Similarly, subject to the JCPOA being restored, the establishment of regional security centers or warnings of military exercises in the region might facilitate confidence building.

In order to promote effective regional dialogues and to strengthen the JCPOA, regional issues should first be broken down. Hot conflicts need to be tackled through specific multilateral dialogues. In Yemen there is a real will to bring actors together. There are also opportunities for a multilateral dialogue on Syria and in the Palestinian territories.

Second, confidence-building measures are needed to move on from decades of mistrust and to reduce the dangers of unintentional escalation. Such measures do not require significant financial and political capital or even huge concessions. For instance, Iran and the US could usefully establish a high-level military hotline. This would help institutionalise a communication infrastructure to prevent misinterpretations and would, hopefully, pave the way for a US-Iranian Incidents-at-Sea agreement. Low-level and non-security initiatives such as religious tourism and health diplomacy might also be profitably explored: over time, these could create an atmosphere that allows for the parties to address more complex issues like, for instance, maritime security.

The international community, and particularly the EU, can play an important role in promoting these kinds of confidence-building measures by opening up new communication channels, particularly at the military level. Such initiatives would be helpful in reducing uncertainties. Yes, this comes at a time when governments are overworked and resources are redirected to domestic recovery from COVID-19. But taking a leading role in conflict management and stabilization in the Middle East would be in the EU’s interests. The region, after all, can no longer be considered a remote problem for Europe.

In the case of US-Iranian relations, the nature of military confidence building measures would differ from traditional measures in at least two respects. First, military confidence-building measures are often based on a mutual respect of security needs and sovereignty. For example, the Vienna Document on security building measurers is based on the principles of the European Organization for Security and Co-operation, the first of which is sovereign equality and military transparency. However, given the present level of hostility between the US and Iran, adopting these kind of principles might be challenging, at least on a bilateral basis.

Second, confidence building measures tend to assume military symmetry. The Vienna Document was accompanied by the Treaty on Conventional Armed Forces in Europe, which sought to establish a balance of conventional forces. In the Middle Eastern context, there is no such balance, given the power disparities between regional powers. Any confidence building measures will need to take power asymmetries into account. This imbalance has implications on the missile issue: Iran, it must be remembered, has traditionally used missiles to balance these asymmetries.

Nonetheless, while European models might not always be directly applicable, there are lessons to be learned here: take the Helsinki Process and other successful arms agreements. Such agreements show that resistance to an inclusive regional forum often stems from fear of disruptions by spoilers, which, in the Middle east context might be either regional actors or external stakeholders. To be effective, a regional dialogue would, therefore, need to involve Russia and China.

There are encouraging historical precedents for regional dialogue in the Persian Gulf. Some Gulf countries have had experiences of discussing military and security confidence building measures based on the Madrid Peace Process from the early 1990s. As part of the Arms Control and Regional Security Talks, the Arab countries of the Gulf drafted an Incidents-at-Sea agreement with Israel. Although this agreement was not, in the end, implemented due to the collapse of the Arab-Israel peace process, a similar agreement could be negotiated between Gulf countries and Iran. Moreover, despite uneasy relations, Saudi Arabia and Iran managed, in the early 1990s, to agree on a comprehensive package for reviving relations leading, for example, to a joint security agreement to combat terrorism and organized crime.

Although these kinds of initiatives might seem far-fetched, they are not impossible if opportunities are seized effectively. One should remember that prior to the JCPOA even an agreement on nuclear enrichment was widely considered to be impossible.

A comprehensive approach to confidence building in the Gulf is needed. In this approach, restoring the JCPOA would be a necessary first step given that, the sooner the JCPOA is resolved, the sooner the US can dedicate diplomatic efforts to other issues and to more inclusive regional discussions. After the JCPOA is restored, modest military confidence building measures should be implemented to prevent escalation. This process would be strengthened by a regional dialogue among Iran and the Gulf countries, which could usefully produce an Incidents-at-Sea agreement. Even if this dialogue would not immediately lead to breakthroughs, it would, hopefully, alleviate threat perceptions, while institutionalising more formal channels of communication.

The US will have to push more reluctant countries like Saudi Arabia to engage with Iran. On the other hand, potential openings toward dialogue might already be there for regional actors. For instance, Iran has called for regional dialogue, since the early 1990s. In turn, countries like the UAE, Kuwait, Oman, and Qatar have a past record of acting as mediators in the region. Oman previously acted as a mediator between the US and Iran, while Iraq mediated between Iran and Saudi Arabia. Europe and the US should seek to mobilise these countries’ diplomats to assist and capitalize on the window of opportunity that presently seems, however briefly, to be opening.