The coronavirus pandemic has now reached Libya. It threatens to further exacerbate the crisis in Tripoli and the western part of the country, which is already directly affected by the continuing war. The Tripoli-based Government of National Accord (GNA) is faced with several challenges in its attempts to deal with the crisis: political divisions that hinder its actions; military developments and their humanitarian impacts; and also a rapid deterioration of the economic situation.

According to the official Facebook page of the National Centre for Disease Control (NCDC), to date 19 cases of coronavirus have been reported in Libya’s western region, of which eight have recovered and one has died. But nearly a week before the first case was announced the central government and local councils had already begun taking measures to counter the spread of the virus. Activists and doctors, who insisted on the need to act decisively and pre-emptively, launched a massive campaign to support these measures on social media. Given the weakness and unpreparedness of the healthcare system, they feared it would quickly collapse should it have to deal with the pandemic. 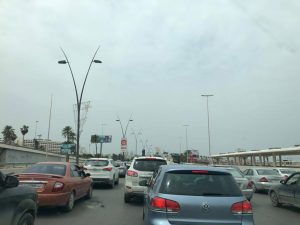 Some municipalities, such as Tajoura and Abu Salim, used the powers granted to them by two laws – Law No. 59 of 2012 on Local Administration and Law No. 9 of 2014 – respectively to impose a quarantine and to assume the authority of governorates until the election of governors. As a result, they issued strict regulations to prevent gatherings, shut down schools, impose partial or full lockdowns and carry out sterilisation programmes in strategic and public places. Similarly, at the central level, the Ministries of Education and Health ordered the closure of schools and universities in all GNA-governed areas. In terms of testing for the virus, the authorities took initial steps by measuring the temperature of returnees until a full border closure was ordered by the Head of the Presidential Council (PC) on 15 March. On 22 March, a partial lockdown was imposed from six in the evening until six in the morning, which was later extended from two in the afternoon until seven in the morning, causing congestion during the morning hours when citizens are trying to acquire their daily necessities (see photo). The situation seriously deteriorated after the PC announced on 15 April that a complete lockdown would be implemented for ten days starting from 17 April.

Although the government appeared to have taken the necessary measures to prevent the spread of the virus, the announcement of the first case, which was rapidly followed by others, signalled that the healthcare system could collapse faster than expected. Press reports based on statements by the patient’s close relatives revealed poor handling of the very first – and at that time the only – case. Lacking adequate personal protective equipment, the doctors and medical staff found themselves at great risk and many of them reportedly fled the hospital treating the coronavirus patient. The panic prompted some private clinics to refuse to deal with any suspected virus cases, even if the symptoms only resembled influenza. Although official statements affirm that 100 beds have been prepared in hospitals and other medical facilities to deal with potential coronavirus cases, the situation has so far aroused many doubts around these statements.

Political divisions and conflicts hinder the management of the crisis

It is notable that Libya’s political divisions, even ones within the GNA itself, have impacted the battle against the pandemic. The GNA, which is sometimes described as a quota- and not a merit-based government, has come under heavy criticism from citizens for mismanaging the crisis. Sixty municipalities have launched a campaign against the Ministry of Health and the Presidential Council and threatened to cut off all dealings with the GNA. The campaign is specifically focused on the Minister of Health and his deputy, who are being accused of being the primary figures running the ministry and the first responsible for many of the cases of corruption within it. In fact, while the NCDC, which is affiliated to the Ministry of Health, oversees the supreme committee dealing with the coronavirus pandemic and the technical aspects of managing it, the financial resources and the responsibility for their management are in the hands of the Minister of Health and his deputy.

The Deputy Minister was quick to take measures to reduce the intensity of the campaign against him by issuing an order authorising municipalities to assume responsibility in the healthcare sector within their administrative borders. In addition, the Presidential Council allocated funds ranging from 1.5 to 3 million Libyan dinars to each municipality. However, this led to a new wave of criticism as the list of beneficiary municipalities included some located in areas under Haftar’s control. Citizens and anti-Haftar activists expressed much discontent, arguing that Haftar would control these funds and use them to finance his military operations in Tripoli and bring about the dissolution of the Presidential Council. These divisions have the capacity to worsen the medical and humanitarian crisis.

Skirmishes and shelling between the parties have continued without interruption for some time now, and have also targeted civilians in Tripoli, to the extent that the truce and agreement signed in Berlin appear to be practically forgotten. Contrasts between statements and actions have continued: at the same time that a truce was announced by the official spokesman of the ‘Libyan Arab Armed Forces’ with the goal of managing the pandemic, Haftar’s forces continued to bomb civilian neighbourhoods, killing four girls in a family in the south of Tripoli.

On 25 March 2020, the GNA forces announced the launch of a large-scale military operation called Storm of Peace in the area south of Tripoli, the al-Watiyah Airbase south of Zuwara and the al-Washka area between Misrata and Sirte. According to the commander of the Joint Military Chamber, Major General Osama Juweili, the operation has the aim of protecting civilians from shelling.  Confrontations are currently still taking place in the aforementioned areas and the GNA forces control all the areas along the west coast.

As military operations continue, and with shelling of civilian neighbourhoods and medical facilities – including the al-Khadra hospital and Mitiga Military hospital, which are tasked with dealing with coronavirus cases – there are several factors that could intensify the crisis: first, civilians remaining in their homes due to the curfew risk being targets of indiscriminate shelling; second, the continuing targeting of the Tripoli sea port could have an impact on the movement of freight, maritime navigation and therefore the delivery of key food and medical supplies to the city; and third, the continuation of the war could necessitate the allocation of human and material medical resources to victims of the military operations and deplete the healthcare system’s ability to address the pandemic.

The decrease in Libyan oil production due to the closure of oil installations in areas controlled by Haftar’s forces is now combining with the decrease in oil prices on global markets due to several factors, including the pandemic itself. Moreover, deep divisions within the GNA and between the GNA and Libya’s Central Bank have led to a delay in agreeing on financial arrangements and approving the budget for 2020. All these factors have affected the local economy in the western region controlled by the GNA, and in Libya in general. After a year of relative stability, the dollar has started to fluctuate again, increasing to 20 dollars for 1 dinar.

While the government has not been tackling these crises, the local economy is now being hit by a new one resulting from the measures adopted to prevent the spread of the coronavirus. All economic activities considered non-essential have been interrupted, with the exception of those related to the health emergency, food supply and freight traffic, without the government in Tripoli providing any indications or discussing any clear plan to rescue the local economy.

In this context, owners of small and medium enterprises (SMEs) and the whole chain of economic activities are expected to be heavily impacted by the crisis. Factors such as the absence of formal registration for small and very small businesses, the lack of commitment to provide workers in this sector with employment contracts and the absence of legal protection for individual workers and businesses alike will certainly complicate any plans the government may have to launch a stimulus or rescue plan for the economy.