When Iran started injecting gas in the Fordow facility on 6 November as part of a step-by-step plan to move away from the landmark nuclear deal, few were expecting the major nation-wide protests 9 days after. At first glance, this seems a success of the US ‘maximum pressure’ campaign. The US policy is banking heavily on the assumption that the Islamic Republic’s sanction-induced economic failure will lead to US-favoured political changes transforming Iran into what Mike Pompeo calls a “normal behaving nation”. However, although protests are signs of forthcoming political changes, it is highly uncertain if the direction of the changes is what the US seeks. Indeed, for  number of reasons, the post-protest security changes will be only the more defiant version of Iran’s past security policies.

The November protests demonstrated how the social context surrounding economic grievances and the government’s miscalculations and excessive use of force might activate spirals of violence inside Iran. Such violent outbreaks provide no clear pathway to creating democratic political change, particularly with the lack of a publicly supported united opposition leadership. Instead the outbreaks of violence give rise to a failed state, amplify the risk of civil war and contribute to the emergence of a new hotspot for regional destabilisation. 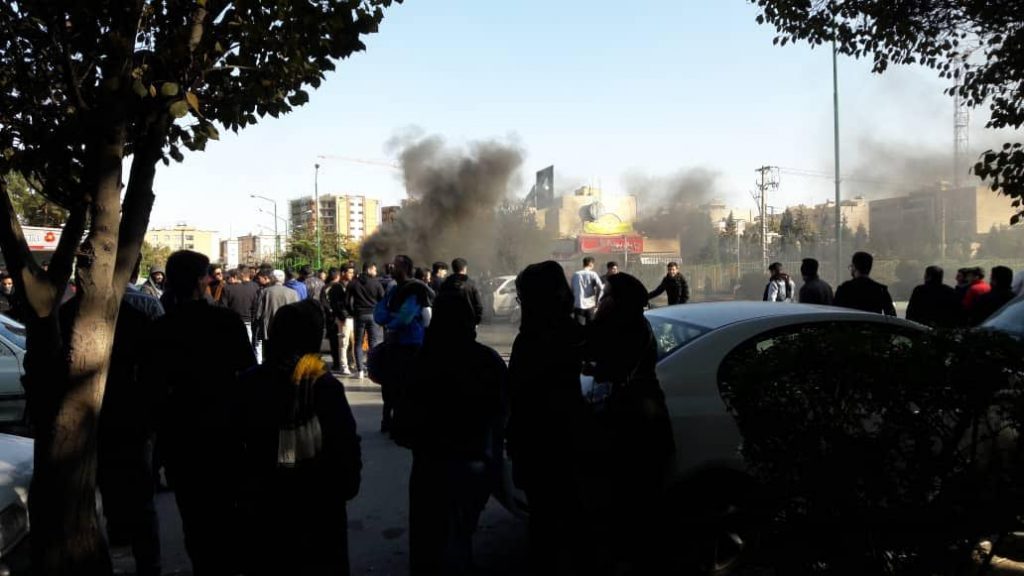 The deterioration of internal security and chronic violent confrontation between the government and the protesters are likely to make the Islamic Republic’s current approach to security more assertive and offensive. The continual potential for violence feeds both ‘maximum suppression’ and ‘maximum resistance’ policy and will further reinforce ‘threat balancing’ discourses among Iranian leadership as the main remaining approach to guarantee the state’s survival. Both of these trends, potential of future hike in violence and more offensive security policy, are far from the kind of political changes that the US administration is planning on.

Why a Further Hike in Violence in Iran?

Three domestic factors are broadly adding to the US maximum pressure and strengthening the context for the emergence of violence and reinvigorating its hike in Iran. These factors are:

2) the violent eruption over inequalities

First, the timing and the method of enforcing the decision to increase the oil price reveal the government’s ignorance of public tolerance for economic pressure. A large pool of analysts had previously warned about the security implications of widespread social discontent. Among them, unpublished nationwide polls by the National Social Issues Organization, a body under the supervision of the Ministry of the Interior, show that the accumulation of discontent and social perceptions of injustice has been skyrocketing in recent years. In addition, the Centre for Strategic Studies of the President’s Office in a series of provincial social analysis reports has repeatedly highlighted that the growing inequality and shrinking public tolerance of economic pressure is a security threat. Interestingly, a high-ranking intelligence official told the Parliament’s National Security and Foreign Policy Committee on 25 November that “the Ministry of Intelligence a year ago warned about a social security crisis.” In the same meeting, representatives of the Islamic Revolutionary Guard Corps (IRGC) Intelligence Organization claimed they had warned about the inappropriate timing of the oil price increase.

However, all these inputs were systematically ignored during the process of strategic decision-making on the implementation of austerity measures, partly due to conflicting interests among competing political parties. This marks a crack in Tehran’s ability to govern. The direct costs of such miscalculations are adding to the US economic pressure, making the functionality of the state weaker. 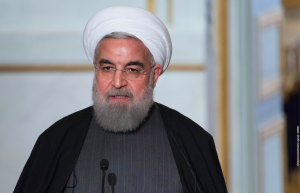 Before the recent protests and outbreak of violence, Rouhani‘s government estimated that it would be able to partly compensate the current budget deficit through reducing fuel consumption and increasing exports, along with a cut in oil subsidies and illegal smuggling to neighbouring countries. Rouhani’s Vice President and the head of the Planning and Budget Organization, Mohammad Bagher Nobakht, announced savings of up to $2.55 billion plus $255 million of extra oil exports. However, the economic costs of the protests made the government’s saving plan stillborn. Initial estimates show over $1.7 billion of damage to infrastructure and government buildings in the protests plus a hundred million dollars of economic losses due to the internet blockade.

Second, the rise in economic grievances is increasingly leading Iranian opposition movements to take violent forms. Ted Gurr’s theory of ‘relative deprivation’ and the redefined version of it by Frances Stewart (2002-2003) compellingly explain that inequality-led and grievance-induced discontent is the main determinant of emerging violent political mobilizations. According to the Armed Conflict Location and Event Data project (ACLED), over 4,200 protests took place in Iran from January 2018 to October 2019. 72% of them were fuelled by economic grievances, including labour concerns, the devaluation of the Rial, high rates of inflation and frauds perpetrated by Iranian companies against their investors. This pattern is a departure from the politically motivated protests of previous years such as 1999 and 2009. While the previous protests non-violently pursued political goals, the recent ones are violently pursuing economic changes.

Changes in the pattern of protests are evident in changes in the social bases of the participants in the November protests. The demonstrations were mainly joined by marginal groups, excluded citizens and the falling middle class, whose quality of life is most affected by the rise in the price of oil. The geographical concentration of protests in peripheral cities like Shahriyar, Eslam Shahr and Sadra and marginalized neighbourhoods in Tehran, Kermenshah, Mashahd, Shirz, Karaj and Mahshahr indicates a bigger role of these groups. The grievance-induced protests were largely accompanied by widespread acts of vandalism and violence.

This situation will probably deteriorate as Iran’s middle class is shrinking at an alarming rate due to the US-sanction-induced recession. Last year, Iran had the sharpest increase in poverty rates in years, from 9.6% to 11.5%.  In rural areas the rate increased from 13.5% to 15.2%, in urban areas from 8.6% to 10.0% and in Tehran from 6.9% to 11.5%. It is no surprise that these numbers have accelerated the changes in Iran’s protest patterns, making grievance-induced violent political mobilizations more recurrent.

Third, the lack of effective mechanisms to express public opposition and the Islamic Republic’s zero-tolerance of any opposition create favourable conditions for the outbreak of future violent confrontations. Rouhan’s legal deputy, Laya Joneidi, touched on this point when she said “in these events we understood the need for peaceful management of protests, including by allocating proper public spaces for protests.” However, beyond providing physical spaces for the expression of opposition, the Islamic Republic has not been able to construct internal mechanisms to receive and endure opposing public views. Instead, public opposition is perceived as an imminent threat to state security. 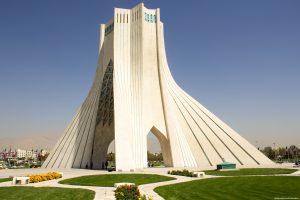 This perception is exacerbated when the leadership is faced with major external threats, transforming any domestic opposition into a foreign plot threatening to undermine the survival of the state, and so needing to be contained immediately. Islamic Republic’s fear of foreign intervention or activation of separatist movements in such protests is a key factor in Tehran’s security calculations. Indeed, according to Financial Times report, the level of violence and the apparently co-ordinated attacks on banks and petrol stations suggests that something unusual had taken place. The November events revealed the Islamic Republic’s determination to deter such threats with its agile consensus-making mechanism of implementing ‘maximum suppression.’ While in the short term this policy is effectively preventing a possible transformation of economic bankruptcy into political changes, it is accumulating a further potential for violent outbreaks in the future.

The three above factors mean there is a high potential for future domestic violence in Iran. But such a rise in the domestic threat, strategically impacts Tehran’s threat perception, linking it to Tehran’s military strategy and nuclear policy. Empowering ‘threat balancing’ as the main remedy for the Islamic Republic’s security deficit and weakening public support for Tehran’s security agenda are the key implications of the November protests on Iranian security policy. It is likely that these elements will further push Tehran’s security policy to the extreme.

In both internal and external threat encounters, either when the source of threat is citizens or adversarial states such as the United States, the Islamic Republic’s policy choice is ‘active resistance’ to balance the incoming threat. The head of the Judiciary System‘s call for the ‘toughest punishments’ for those involved in the protests and the IRGC Commander in Chief ‘s call for the “toughest response to US threats’ equally follow the ‘threat balancing’ logic.  Against both internal and external threats, Iranian leaders employ the similar logic of ‘rising the costs to an unbearable threshold’ to refrain others from taking threatening actions against the Islamic Republic. At the domestic level, this is pursued by enforcing harsh penalties targeting people’s calculations of taking part in anti-government protests – ‘maximum suppression.’ While at the international level, Tehran’s version of ‘maximum resistance’ represents its threat balancing logic. .

By transforming threats against the Islamic Republic into more severe existential forms, particularly through the merging of domestic threats with foreign ones, Tehran’s grip on bolder threat-balancing acts will increase as its most feasible option of strategic impact on its adversaries. The key factor here is that the reinforcement of ‘threat balancing’ at the domestic level will generally empower its external version. In other words, Washington’s policies and the accumulation of domestic discontent are generating domestic and external versions of threat balancing which are aligned and mutually reinforcing each other. This intensification paves the way for the emergence of a more offensive threat-balancing approach in Tehran. Thus, contrary to the White House‘s reading of the protests as evidence of success of ‘maximum pressure,’ the result is likely to be the opposite. It empowers tougher positions among the Iranian leadership including on the JCPOA as I have argued elsewhere, the JCPOA for Tehran had major de-securitization function. Trump’s withdrawal and its push for re-securitization of Iran has already weakened that function. Now with the outbreak of recent protests, which among Iranian security establishments and hardliners is seen as the Western plot, the faith on any security function of the deal is fading. In this view, remaining in the JCPOA has no more security assurance, while has previously lost its economic function. This raises the internal push on Rouhani’s government for reducing other key commitments under the deal, even total withdrawal or reviewing country’s commitments under the NPT.

In addition, the rising domestic discontent will negatively impact Tehran’s strategic calculations about popular public support for the state in the wake of the external military threat. In particular, it impacts on the state’s ability to mobilize mass support, including recruiting new members for its Basij militia. By making the social basis of Tehran’s security policy precarious, further instability will force the leadership to rely even more on military means and regional deterrence tools as the only way to keep the general deterrence posture working. In a longer perspective, it may even impact Tehran’s prospects of effectively maintaining deterrence through conventional means and thus change Iran’s broader nuclear agenda by increasing the strategic value of nukes as a means of guaranteeing the government’s survival at a time when domestic support is shrinking.