The new war in Libya: Europe cannot afford to be caught sleeping/ V.Collombier 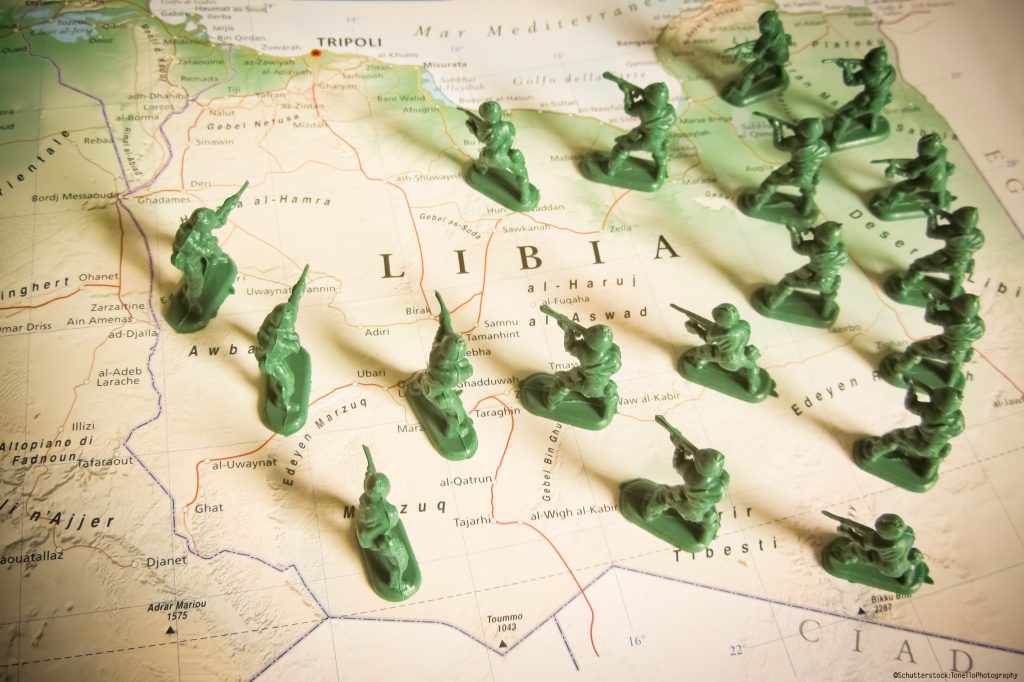 Did Khalifa Haftar genuinely believe that he would easily take control of Tripoli, and that he and his troops would be welcomed as liberators of the city? Did political leaders in Europe and the Middle East decide to take him at his word, hoping that a quick demonstration of military force would eventually put an end to protracted political negotiations possibly threatening to their own interests?

If there ever was such a plan, more than ten days of fighting have demonstrated that it was doomed to fail. Haftar’s military assault triggered an immediate reaction against him by the supporters of the Government of National Accord (GNA), as well as the usually divided armed groups that form the backbone of the security architecture in Western Libya (including some of the more hardline groups that had been gradually sidelined over the past two years). Haftar was not greeted by ululating Tripolitanians relieved to see his Libyan National Army march on their city. Had the National Conference scheduled for 14-16 April taken place, he might well have walked out of it as the recognised leader of Libya’s reunited military. Now, having failed to tilt the balance in his favour in the first few days of his offensive, he seems intent to force the city to surrender – whatever the cost for the population, and for his own reputation. Can neighbouring Europe afford the same indifference?

Fighting has been escalating over the past few days in Tripoli, with indiscriminate shelling, additional forces being mobilised and airstrikes conducted by belligerents on both sides. On 15 April, there were already over 750 casualties and around 18,500 forcibly displaced. Thousands of civilians, local residents and migrants were trapped in the battle zones. Yet there was no major military breakthrough foreseeable.

After promising to liberate the two million-inhabitant city, Haftar is now attempting to besiege it. His forces are increasingly pressuring residential areas on the outskirts of Tripoli. Densely-populated, economically deprived neighbourhoods are priority targets, as their inhabitants are considered more likely to surrender. Haftar expects people’s exhaustion to work in his favour. And indeed fatigue and hopelessness will certainly be increasingly felt by residents caught in the crossfire. Yet hopelessness is also having the opposite effect. For many in Western Libya, now that the prospect of a political resolution to the conflict has collapsed, military struggle has once again become a viable option – if not the only one available to prevent the return of authoritarian military rule. Those who view the situation in this way will not be easily stopped.

Europe cannot just wait and see what comes out of this new war. There is no quick end in sight. Rather, Haftar and his emissaries’ recent visits to Moscow and Cairo indicate that there is a serious risk of further escalation, triggered by a more direct intervention by foreign parties. The environment is also becoming increasingly favourable for violent extremist groups looking for new targets and alliance opportunities.

France’s policy, strongly influenced by a narrow focus on antiterrorism and an alliance of interest with the United Arab Emirates and Egypt, has significantly impacted the European Union’s capacity to weigh in diplomatically and act firmly against those responsible for undermining the political process, chief among them Khalifa Haftar. There might still be time for France to reassess its policies and their impact. But Europe cannot wait.

It is certainly time for other European states to take the lead in EU diplomacy and take more decisive steps to prevent escalation, protect civilians, and protect EU interests. Libyans from different communities across the country and the political divide have started reaching out to each other with a view to de-escalating tensions. Europeans should be ready to support and capitalise on these efforts. 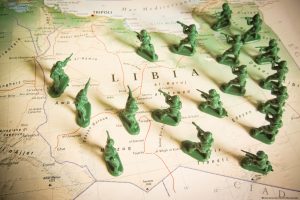