The political dimension of the Covid19 epidemic in the Middle East 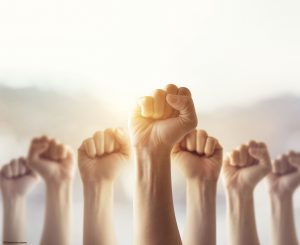 Even if as a general rule authoritarian regimes might be more politically resistant than democratic ones to a high level of mortality due to the Covid-19 epidemic, they cannot prevent information from spreading, not only because of social networks but also because the population will have concrete and personal experiences of the losses.

The argument (explicitly promoted by the regime in Iran, Bolsanaro in Brazil and by many governors in the USA) according to which it is better to support the economy than to avoid a certain level of mortality might backfire because its promoters might lose on both sides: deaths and economic disaster (due to the coming global economic crisis and the fall in oil revenue).

Everywhere, an increasing level of deaths will trigger popular protests against the inability of governments to manage the situation. These protests will accentuate the already existing movements protesting against the inefficiency, lies and corruption of authoritarian or failed regimes, which means first of all a call for accountability.

What political forms could popular contestation take in the Middle East?

The most probable form of protest is a relaunch of pro-democracy movements, because 1) a call for accountability is a call for representation, 2) there are no other credible political alternatives on the market than the informal popular democratic movement that started with the Arab Spring in 2011.

There is no populist opposition in the sense of the movements we have in Europe, America and Asia: a charismatic leader opposing the elite (Salvini, Trump, Bolsanaro and Duterte). The only similarity was in Tunisia with Nabil Karoui. In fact, the populists in the Middle East are in charge, or, more exactly, the authoritarian regimes use and abuse a populist rhetoric which is becoming discredited (nationalism, xenophobia, conspiracy theories, support for ‘national identity’).

– Radical jihadists are not interested in the welfare of the civilian population. Moreover, they do not care about the nation state, while the present popular demand is directed precisely (as in Europe) at the national state for it to implement a welfare policy. Interestingly, former jihadists like Hayat Tahrir al Sham do not use religious rhetoric when dealing with the epidemic.

– The Muslim Brotherhood has certainly always stressed the welfare of the population (they developed charities and health centres), but it is no longer in a position to offer a credible political alternative because it jeopardized its influence on civil society to make political gains. Either it failed (Egypt) or it became identified with the political establishment (Maghreb, Gaza, Sudan, and for other forms of Islamism, Turkey, Iraq and Iran).

–  More importantly, beyond the different forms of political Islam, there is no religious answer to the Covid epidemic(this is as true in Islam as in Judaism and Christianity).

Of course, the first reaction of many clerics was to see the Covid epidemic either as the Hand of God punishing the enemies of faith (China for oppressing the Uyghurs) or as a foreign plot to undermine the Muslim world. But in both cases the explanation does not resist the extension of the pandemic. If it is a foreign plot, why is the USA among the most stricken countries?  If it is an expression of the wrath of God, why are believers the first victims (the pandemic clusters are mostly found in pilgrimages and worship places)? Many fundamentalist movements (like the tabligh and salafis) answer with a complete denial of the impact of the Covid pandemic. By rejecting social distancing and calling for collective prayers, they are losing their credibility among mainstream populations which protest against the incompetence of the state.

There is a complete failure to impose a credible religious narrative on the epidemic.

Consequently, the mainstream Muslim clergy does exactly what the Catholic Church does in Europe: they ask believers to respect lockdowns, social distancing and closures of worship places. The same is true for Hezbollah and Pasdaran: they do not propose an alternative religious narrative but an adaptation to secular scientific rules.

In a word, the mainstream clergy and religious organizations promote a secular approach to the pandemic and hence preclude any meaningful religious manipulation of the crisis.

There is no ‘available’ coherent religious narrative of protest. The call for democracy will certainly dominate the protest movement against the failure of states.