“A Pyrrhic victory is a victory that inflicts such a devastating toll on the victor that it is tantamount to defeat. Someone who wins a Pyrrhic victory has also taken a heavy toll that negates any true sense of achievement or damages long-term progress.” 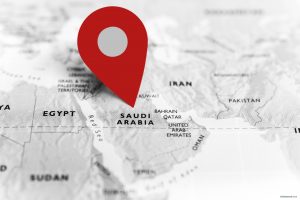 Since the 5thof March, in addition to the coronavirus and its detrimental effects on society and economies, the world has been witnessing an unexpected level of oil price wars. The failure of the OPEC+ meeting in Vienna has pushed oil and gas prices (as the latter are still partly linked to oil prices) into the abyss. The course taken by OPEC leader Saudi Arabia and Russia, a former partner in OPEC+, to threaten to glut the market with millions of additional barrels of crude oil and petroleum products has pushed global price-setting into the red. A possible meltdown in the sector is imminent if no way to mitigate the negative impact on oil producers or no diplomatic solution to get Moscow and Riyadh back to the table is found. International media have mostly been focusing on the negative outfall for US shale oil, mainly due to its overwhelming visibility and because most leading press agencies are based in the USA. At present, the main other players still seem to have been under-assessed, particularly Russia and Saudi Arabia. Other OPEC producers are not even mentioned at all on MSM. The fact that two of the three main oil producers are at war and heading to an uncertain future needs to be assessed in full before a possible solution can be found.

How long are Saudi Arabia and Russia able to continue with the current price war and market share strategy? First assessments show that both can prolong this approach at least through 2020 but maybe even until 2022 before the bottom of their foreign reserves is visible. In recent years both have been able to increase their financial reserves, putting them partly in their respective sovereign wealth funds, such as the Saudi Public Investment Fund (PIF) and Russia’s Russian Direct Investment Fund (RDIF), which are now to be used as buffers to counter government budget deficits and investments.

For Saudi Arabia, the future is diffuse and potentially very dangerous. The OPEC leader has taken a very aggressive approach since Moscow, on instigation by president Vladimir Putin backed by his domestic oligarchs and oil and gas producers, confronted Riyadh with a fait accomplithat was not expected, a refusal to additionally cut production to counter already faltering global demand. The statement by Russian Minister of Energy Novak that Moscow will not be making additional cuts to support OPEC’s agreed additional cuts of 1 million bpd or more came as a major surprise not only to Riyadh but also to Abu Dhabi, Kuwait and others. The perceived positive chemistry between Putin and Saudi Crown Prince Mohammed bin Salman vanished at a stroke.

In the last three weeks, various assessments have been made of the perceived underlying reasons for the breakup of the so-called marriage between Putin and MBS, which seemed to be one made in oil heaven. Analysts are still mainly looking at the potential outcome of the current crisis within OPEC+, while also addressing the detrimental impact of lower oil (and gas) prices on US shale oil and other non-OPEC players, such as Canada, the North Sea and west Africa. However, without looking at the underlying base lines for the two main proponents (Moscow and Riyadh) and without taking into account the position of Crown Prince Mohammed bin Zayed of Abu Dhabi the picture will stay diffuse. Clearly, financial reasons need to be assessed, as the break-up of OPEC+ has caused a revenue crisis for most of its members, but geopolitical and domestic issues also need to be taken into account. 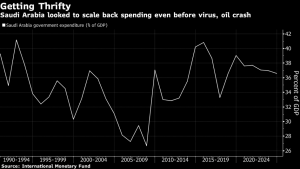 A still under-reported issue is what the current OPEC+ or Russia-Saudi Arabia oil price war will mean for the future of OPEC. The Vienna-based oil cartel was looking forward to celebrating its 60 years of existence, but may now need to fight to keep its members together. The alignment between the cartel and Russia to form OPEC+ was not only intra-governmental coordination but also meant an official romance between Vladimir Putin, Saudi Crown Prince Mohammed bin Salman and his Abu Dhabi counterpart Crown Prince Mohammed bin Zayed. OPEC+ relied on this remarkable symbiosis of geopolitical interests, economic projects and the need for increased revenue to counter domestic issues.

The global oil and gas markets are currently reeling from Saudi’s MBS unexpectedly calling Putin’s strategy’s bluff. Riyadh’s decision to abandon the output restraint agreed by OPEC+ since 2017 (until April 1), while also targeting not only the feeble global oil demand, US shale oil and Russia, also jeopardises the future attractiveness of oil and gas. As some perceive it, the Putin-MBS clash has not only resulted in an oil glut never seen before but has also put a bomb under OPEC at the same time. Since the 1980s, OPEC has been a power instrument in the hands of Saudi Arabia and supported by some of its Persian Gulf neighbours able to renew and revamp the oil cartel into a market-stabilising organisation. Internal OPEC crises and power politics never had direct negative impacts, not even during the multiple Iran-Saudi conflicts or the uproar over Hugo Chavez and Mahmoud Ahmadinejad’s remarks in Riyad during the 2007 2ndHeads of State OPEC meeting.

The cartel always found some middle ground and was able to react to any threats in the market. This has changed in recent years as the young ones have taken over, it seems. MBS (Saudi) and MBZ (Abu Dhabi) have been able to form the cartel into a major power structure led by and formed under the twin Crown Princes of Arabia. The move to address the option of in-depth cooperation with Russia, a former arch enemy of both nations, came out of the veins of the MBS-MBZ duo. Personal chemistry combined with almost the same worldviews, in which the US and Europe were still important players but the Gulf leaders (and OPEC) started to look east.

A pivotal partnership emerged in which OPEC+ was one of the foundation stones. A coordinated market strategy to stabilise demand and supply while increasing revenues was a red line. The main arch enemy at that time was clear: US shale oil and gas was the main cause of all evil according to the MBS-MBZ-Putin triumvirate that emerged on the world scene. The high five given by Vladimir Putin to MBS just after the murder of Saudi journalist Khashoggi, resulting in MBS being treated as an outcast for a while by world leaders, showed the importance of the chemistry between them. The silent partner, MBZ, was involved at all times, focusing on increasing UAE-Russia economic and security cooperation while preparing Abu Dhabi for a new future.

The future of OPEC in shambles?

The move by Saudi Arabia, OPEC’s largest producer, to rip up the production cut agreement and to confront Russia and the US at the same time could be a major blow to OPEC’s future. In the year that OPEC should be celebrating its 60th anniversary, the oil cartel is now struggling to keep some air in the organisation. The Kingdom’s end to its self-imposed production restraint and market stabilisation position is a major blow to all. Some have even been dubbing the move by Riyadh as a selfish bit of showmanship at a time of economic crisis, global demand destruction and coronavirus. The Saudi move will have been based on a strategy to shock Moscow back into the OPEC+ fold, but the results until now have been the opposite. Without any doubt, all the OPEC members and Russia are going to feel the heat of this decision, but several cartel members, such as Algeria, Venezuela and Iran, will be gasping for breath at the end of this conflict. The first casualties are easy to pick, as international sanctions on Venezuela and Iran have already put them at God’s mercy. New victims, such as Nigeria, are already calling for help.

Saudi Arabia’s aggressive choice could have been averted if Riyadh had chosen to keep the existing agreement in place. The agreement would officially have been stabilising the market, but looking at present issues the results would have been almost the same. The expected 20 million bpd demand destruction, as indicated by the IEA (OECD energy watchdog, Paris) and oil trader Gunvor, may have resulted in slower price destruction without the Riyadh-Moscow spat, but the end result would have been the same. The market’s over-reaction to Riyadh’s move is also somewhat questionable because if no deal had been put on the table all the OPEC+ parties involved, including the long list of non-OPEC producers, would have been relieved of their production cuts on April 1, also opening up the doors of hell. In the coming weeks the market will be receiving a possible tsunami of oil at prices that may entice some buying but most probably without any real clients being found. Europe, at present the first battlefront between Russia and Saudi Arabia, will not be able to store or take in the flood. With European markets and storage options hitting the ceiling, US shale oil will be the second receiving victim. Increased volumes will be heading to the US and Asia until production shut-downs are needed and supply decreases exponentially.

Saudi Arabia, still supported by the UAE, has stated that it will hit the market from April 1 with around 12.3 million bpd. This means an all-out production offensive which needs to be sustained by drawing volumes from Aramco’s storage too. Until now, Aramco has not been producing more than 11 million bpd so the extra 1.3 million bpd will have to come from elsewhere. Riyadh’s supporter, Abu Dhabi, is also increasing production to around 450,000-500,000 bpd. Some interesting statistical moves will be reported soon, as Aramco will have to draw on volumes stored at home and in tanks in Japan, the Netherlands and on Egypt’s Mediterranean coast. With the additional 1.3 million bpd the Kingdom will recoup some revenue even if prices plunge. For others, especially the smaller OPEC producers, the situation is different. Riyadh seems to have cast them to the wolves again. The structure and organisation of OPEC do not give the other producers any legal or operational leverage over Riyadh, so instead of being the Three Musketeers shouting “One for all, all for one,” it is now a direct Darwinian power struggle.