Why Tunisia needs a new generation of leaders* 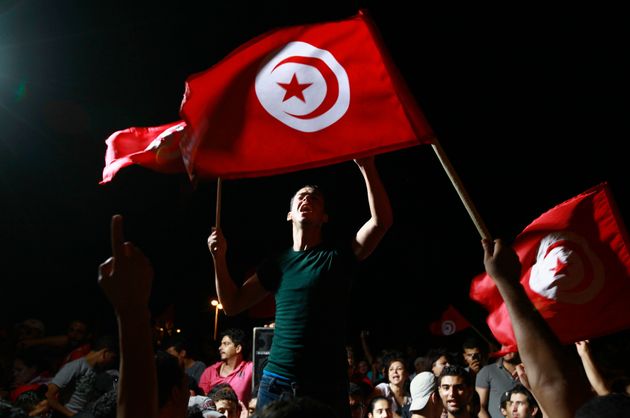 As Tunisia heads towards its second general election since the fall of the authoritarian regime, filling the generational gap that is pulling an aging ruling elite apart from an increasingly disenchanted youth is becoming crucial in helping to consolidate the country’s young democracy. The 2019 elections could therefore mark a turning point, were the Tunisian political class willing to tackle and address the growing concerns of a generation that is still waiting to reap the fruits of ‘its’ revolution.

With a 92-old President – dean of African rulers and the second oldest world leader – recently discharged from hospital following what has been described as a “severe health crisis”, an ailing Chairman of Parliament (85 years) who has been sick for the last few weeks, and his first vice president (71 years) who collapsed during a parliamentary session, the Arab world’s youngest democracy has lately conveyed a very poor image of its ruling class. With general elections just a few months away, one thing is clear: a renewal of the political elite has become an urgent matter in Tunisia.

These series of incapacities at the head of the executive and legislative branches of power would probably have gone unnoticed had they not occurred in conjunction with a series of terrorist attacks in the country, including in Tunisia’s capital – perhaps no coincidence here, some would argue. The fact is that in the shock provoked by the bombings and the absence of accurate information about the President’s health condition, rumors about the head of state’s death and a possible coup attempt were quick tospread– reviving some painful ghosts of the past in Tunisian minds.

The trading of mutual accusations between the various parties did little to assuage Tunisians’ concerns and only contributed to deepening the latent mistrust and rising tensions observed on the Tunisian scene with the electoral race imminent.  Needless to say, such confusion did not help strengthen the not yet consolidated Tunisian democracy, and even less so did it enhance the image of a political class that is increasingly being discredited in the eyes of the population.

If Tunisia eventually emerged relatively safely from this crisis – though an investigation has been requestedto shed light on the veracity of the coup accusations – the situation raises questions about the widening gap between an aging ruling elite, still deeply embedded in mentalities and practices reminiscent of the former regime, and a predominantly young population (about 60% are below 35 years) that can hardly see any positive prospects for its future in a politically and economically stagnant country.

While young Tunisians feel increasingly disconnected from the political class, the upcoming presidential elections might do little to inject fresh blood into the greying political landscape. Young candidates are certainly visible, but are either unknown to most of the Tunisian electorate, or very much entrenched in ‘the system’. Among them, current Prime Minister Youssef Chahed, whose presidential ambition is no secret anymore, and who, since his appointment, has been marketed as the rejuvenated face of the Tunisian government, might be perceived as being too close to the old establishment to embody the political change expected by young voters.

Other controversial presidential aspirants – including media tycoon Nabil Karoui (55 years), former RCD member Abir Moussi (44 years), and French-Tunisian philanthropist Olfa Terras-Rambourg(45) – may possibly be kept out of the race by an even more controversial set of amendmentsrecently added to the electoral law.

Interestingly, while the drafters of the new Tunisian constitution had intentionally lowered the minimum age to run as a presidential candidate to 35 years to allow for a younger generation to enter the political arena (but while at the same time suppressing the maximum ceiling to allow Essebsi to run in 2014!) this effort seems to have had little effect. The average age of presidential candidates in 2014 was around 65 years, and it might continue to flirt with the 60 year line in 2019. Therefore, those longing to see a Tunisian Macron or Trudeau emerge will have to wait.

But in the meantime, young Tunisians may well run out of patience. With a youth electoral abstention that is becoming chronic – about 60%of youth are said to have abstained in 2014; and the record abstention registered in the last municipal elections was in great part due to youth’s political disengagement – and more than half the youth population considering emigrating – including 40% through illegal means, there is cause for concern for the future of the Tunisian democracy.

Time is running short until the next general elections but the Tunisian political elite still has a responsibility to act. The formula is simple, but certainly not attractive to all politicians: looking beyond their short-term partisan interests, reconnecting with the hopes of youth and their expectations and opening their ranks to new faces and innovative ideas. The ‘revolution generation’ is longing for real change, a clear rupture with the past, and political leaders that can hear their voices and speak their words. And offer them brighter alternatives for their future than migration, delinquency, and terrorism. The 2019 elections could prove crucial in reversing the trend. Or, on the contrary, they could deal a serious blow to Tunisia’s young democracy.