As part of its efforts to provide a nuanced understanding of the conflict’s dynamics and trends, the ‘Wartime and Post-Conflict in Syria’ (WPCS) team of the Middle East Directions Programme has collectively reflected on the mass of research on Syria produced in the past decade. For the purposes of this blog, we defined ‘research’ in a broad sense, and included academic research, policy research, investigative journalism, and other relevant forms of (grey) literature on Syria.

Syria’s decade-old conflict – which began with a peaceful uprising and turned into a full-scale, internationalised civil war – is fading into the background as the US and EU’s foreign policy priorities shift elsewhere. For all the overlapping and shifting crises that “the Syrian war” has encompassed, including proxy wars, it is commonly described today as a conflict frozen by foreign intervention. On the surface, the situation inside Syria may appear stagnant. After all, the same decades-old dynasty is still ruling over two-thirds of Syrian territory (including its main cities) and a majority of the country’s resident population, propped up by its Russian and Iranian allies. As such Syria might seem, to any Western policy maker newly introduced to the Syria file,   to have returned to pre-2011 ‘stability’. 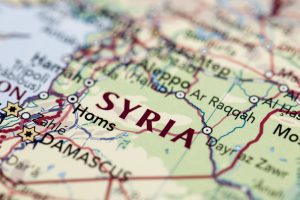 Western powers have long regarded the regime in Damascus as a pivotal regional actor for its role in neighbouring countries’ conflicts. But Syria’s own political and socio-economic realities were not well-understood by outsiders before the – widely unforeseen – spread of ‘Arab Spring’ protests to Syria. A fundamental obstacle to the study of modern Syria was the lack of uncontrolled access to people and places prior to 2011. From March 2011 onwards this challenge has, in different ways and at different times, both intensified and diminished. The courage and commitment of so many Syrians to getting their stories out, as well as access to modern technologies, have compensated for the lack of direct access to Syria itself. That said, remote fieldwork was negatively affected by the recapture of key rebel-held areas by the regime – starting with the eastern half of Aleppo in December 2016 and accelerating in 2018 with the fall of Eastern Ghouta, the South, and Northern Homs. At this point these areas essentially went dark as the state security apparatus returned.

Yet even after a decade of unprecedented evidence gathering and research, certain defining features of the conflict and their possible long-term implications remain insufficiently understood. Some of these wartime and post-conflict dynamics can be traced back to the pre-war period of Assad family rule. Others emerged during the conflict. They require greater attention if we are to have any chance of understanding Syria’s future.

The Black Box of the Regime

The Syrian mukhabarat (the regime’s security apparatus) were at the core of the repression and corruption that marked Syria for decades and that were root causes of the uprising. Syria’s competing security agencies remain nonetheless relatively obscure. Like other state structures, these agencies and their various branches have changed, as they were affected by and adapted to the pressures of the conflict. Amid the fragmentation of the country however, Assad’s security and military apparatus has not been studied as extensively as many of the conflict’s myriad armed groups. Much research has focused on non-state and hybrid actors, such as rebel groups that often emerged in response to the brutality of regime forces, but that for the most part were defeated or ultimately used as proxy forces, or the paramilitary groups and militias that were established as an extension of the state apparatus or by foreign actors. Understanding the present state of the security and military apparatus, and analysing their relations with current centres of power, remains key to fully understanding how repression and corruption function as pillars of the regime’s staying power. Among aspects of the ruling system that warrant more in-depth research are the intertwined security-business networks invested in the survival of an authoritarian regime that is no longer able to feed even its own social base.

An Economy in Freefall

A decade into the conflict, one of the most acute challenges across Syria is the crushing economic crisis, which is pushing most Syrians deeper into poverty and closer to famine. It is unclear how much longer exhausted and impoverished Syrian families can cope with still deteriorating living conditions. Nor is it clear where the economy goes from here, if – as is likely – real economic recovery remains absent in the near to medium-term future. Answering that last point requires a comprehensive, up-to-date understanding of the level of destruction of key economic sectors and infrastructure and an assessment of what the prospects are for their potential recovery or rehabilitation. This is not just a question of macro-economics and statistics. Rather we need to understand the reorganisation of local economies, including the interests of small and medium businesses, emerging economic centres and the role of any potential spoilers. 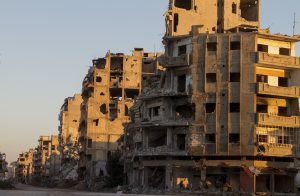 A substantial part of the debate surrounding Syria’s economic crisis has been spent on international sanctions. Proponents have defended notions of ‘leverage’ and ‘accountability,’ while opponents have argued that sanctions are crushing ordinary Syrians. However, such a fundamental discussion needs to be based on rigorous research into the direct and indirect effects of sanctions on the population, alongside the government’s economic policies and regime cronyism.

Generations and Communities Transformed by Conflict

Linked in large parts to the uprooting of whole communities, which has led to the protracted displacement of millions, Syrian society has undergone dramatic change over the past ten years. Many aspects of this remain understudied, yet will be crucial for the country’s future. Among these are the changes within the country’s various religious and ethnic communities, tribal and family structures. In particular the redistribution of power and authority within these social groups will prove decisive.

In addition to exacerbated sectarian and ethnic tensions, part of a fresh legacy of violence, the conflict has also deepened or created less marked but still important divisions within society. There is, for example: ‘urban versus rural’; those who stayed in their community versus those who were displaced and those who went into exile. Syria’s future will also be marred by the long-term consequences of inter-generational trauma that affects Syrian families and communities; as well as the impact of the lack of a quality education for a generation of children.

Not the Time to Look Away

There is, it should be clear, a combustible mix of old and new sources of instability, extremism and conflict that, if unaddressed, in the future will likely (once again) demand urgent policy responses from Syria’s immediate environment, including the EU. Above all, the social, economic and political grievances that caused the uprising in the first place are unresolved, have been, indeed, aggravated, and could erupt again, with far-reaching humanitarian and political consequences. Among other factors that need to be watched closely are the regime’s control over already volatile peripheral areas and the appeal of Salafi-jihadism among disenfranchised Sunni communities across Syria and Iraq. Finally, the environmental degradation caused by the conflict has been largely ignored. Among other patterns threatening human security, the decimation of Syria’s agriculture and reduced access to safe water resources are contributing to an acute food and water crisis.

In order for policy-oriented research to broaden and influence policy thinking on these challenges, field work, and meaningful dialogue and collaboration within the research community itself, remain essential. The field should produce more original research and less commentary. The publication and wider dissemination of valuable (grey) literature produced by INGOs and Syrian NGOs and think tanks should be promoted. Research should be based more on qualitative data and cover Syria as a whole. Important cities and regions have generally been overlooked: these include Homs, Hama, Aleppo and the Syrian coast. Finally, rather than speaking about Syrians, more of this work should be produced by Syrians. The inclusion of emerging and previously marginalised Syrian voices is a requisite for authoritative research. Positive efforts have been made in this regard by several prominent Syrian and Western institutions, from think tanks to newspapers. But we still have a long way to go.

The Wartime and Post-Conflict in Syria project was designed partially to meet these challenges. Since its launch in December 2018, it has aimed to provide a nuanced understanding of the conflict’s ongoing and emerging dynamics and trends by conducting field-based research. It has also contributed to building and empowering a network of Syrian researchers, who publish in both English and Arabic, and who contribute to international policy and practice related to their country.

* Pieter Both is a Research Assistant at the Wartime and Post-Conflict in Syria (WPCS) project. Pieter has five years of experience as a researcher on Syria for European governmental bodies. His research interests include non-state armed groups, civilian agency and human rights in Syria. He holds a master’s degree in conflict studies and human rights from Utrecht University, the Netherlands.