US election 2020: towards a shift in US-Iran relations and a new Middle East regional order? / Part 1

As the new Biden administration seeks to re-engage with the global community and revisit US Middle East policies, including the Iran nuclear deal, in the new polarised and multipolar Middle East regional powers have stepped up their presence and fault lines have deepened. The regional cold war between Iran and its Arab rivals rages along with a recently solved intra-Gulf dispute and proxy conflicts that have reshaped the region’s map.

On 14 December the Middle East Directions Programme hosted Randa Slim, Dalia Kaye and Clément Therme (see more details here). Moderated by Luigi Narbone and Abdolrasool Divsallar, the event assessed the challenges and opportunities facing the new administration in reversing Trump’s destabilising policies in the region. This is a brief synopsis of the discussion at the event which explored the emerging regional order and analysed the opportunities, and challenges involved, for saving the Iran nuclear deal and possibly negotiating a new deal that can contain the region’s arms race. It also evaluated how transformative the Abraham accords will be to the region’s security alliances and concluded by offering recommendations on incentives that can be used to promote dialogue and rebuild trust. 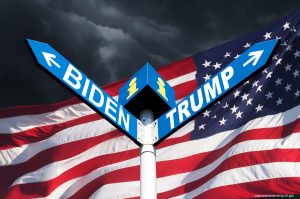 Since the Arab uprisings, the Middle East has been caught in a vortex of state failures, armed conflict and ideological extremism. Despite gloomy predictions of countries breaking apart and borders being redrawn, the regional state system has proven resilient. However, the region is suffering from a state of strategic disarray which has been worsened by Covid-19. The resulting socioeconomic challenges have only accentuated the governance crisis across the region.

In the Persian Gulf region, hopes that Covid-19 would help overcome the fault lines between Saudi Arabia and the UAE on the one hand and Iran on the other, have failed to materialise. The lack of dialogue even on health-related issues reinforces pre-existing doubts about whether any issue area exists that can provide ground for confidence-building measures. Previously, the Regional Security Initiative analysed the ways the pandemic has doubled down US-Iran tensions and has been instrumentally weaponised by both countries.[1]

With the demise of the old regional order and the pivoting away of the US from the region as a security guarantor, the Middle East is in transition towards an unknown destination and will continue to be unstable and prone to conflict escalation. This transition period is defined by two main features.

First, the ongoing US disengagement from the region will probably accelerate under Biden. This pivot started with Obama and continued with Trump despite his maximum pressure policies on Iran. The political dimension of this disengagement matters more than the operational one. The US maintains important numbers of soldiers and military assets in the region but there is a widely shared perception in the Middle East that the US is disengaging. This perception tarnishes the credibility and the legitimacy of the US as a security guarantor and as a mediator in intraregional conflicts. Simultaneously, regional parties, whether allies or adversaries, do not see another international actor that can replace the US – neither Russia, China nor Europe.

Second, the fierce competition between Arab states, dominated by Saudi Arabia and the UAE, and non-Arab regional powers, namely Turkey, Israel and Iran, is likely to define the principles and power relations which frame the future regional order. This competition is likely to intensify and will manifest itself in interventions in conflict theatres. Growing rivalries will also produce more conflict issues and areas, which will make linkages hard to disentangle

These two trends deepen the conflict traps which are likely to persists as countries such as Saudi Arabia, the UAE, Israel, Iran and Turkey perceive threats in existential terms and enact maximalist security doctrines. More intertwined issues could in principle create more space for trade-offs between rivals. However, as more issues become entangled, the costs of making concessions become higher for the parties involved as can be seen, for example, in the case of eastern Mediterranean energy competition and its linkages for Turkey with the Syrian conflict.

As a result, these dynamics might create more challenges than opportunities, while the opportunities will mainly remain ‘tactical’ and short-lived rather than strategic and sustainable. This suggests that the challenges facing the region will not be resolved during the time of the next US presidency but are likely to be multi-generational. Engaging in the resolution of the region’s multi-layered problems will require the international community to cultivate a long-lasting political will to build the new order.

The Abraham Accords and Regional Realignment

The Abraham Accords have so far had two major impacts. First, they have continued to marginalise the Israeli-Palestinian conflict as a major conflict axis in the region, a trend that was in the making since the Arab uprisings as conflicts in Libya, Syria and Yemen diverted the attention of the Arab public.

Second, they might represent an opportunity to equalise the power equation between the GCC countries and Iran. While the GCC countries have expressed an interest in dialogue with Iran on a host of issues, they have maintained that their engagement will only be from a position of strength. In the eyes of the Arab Gulf states, the Abraham normalisation agreements might serve this purpose.

However, the Abraham accords are transactional in nature and are unlikely to represent game-changing opportunities. While they can provide positive economic benefits, it is questionable whether they will allow Israel to gain power over Iran or whether they will push Israel to rethink its annexation policies. Israel has a strong self-reliance doctrine as it believes that it cannot rely on the US. Consequently, if Israel believes that its interests are threatened, it will continue to act on its own.

These normalisation agreements have turned Iran into one of the last few countries in the region to stand up for Palestinian rights, which in the end might strengthen the Islamic Republic’s ideological narrative. However, in the long term these agreements can lead to a greater Israeli presence in the region and might include military and intelligence components that would be directed against Iran. Iran’s reaction will depend on Saudi Arabia’s stance. If the Kingdom normalises its relationship with Israel then Tehran might be incentivised to react against the emergence of a strong Arab-Israeli block which can threaten both Iranian and Turkish interests.

While Israel, the UAE and Saudi Arabia were content with Trump’s maximum pressure on Iran as long as it did not lead to military escalation, they are now increasingly concerned about the posture of the new administration. Biden’s appointments show the return of key figures in the Obama administration, and will be likely to produce new challenges for Gulf partners due to the trust deficit that existed under Obama. It is therefore probable that the new Biden administration will mark a return of feelings of low confidence and unreliability in the UAE and Saudi Arabia vis-à-vis the US.

The Persian Gulf States, Israel and the US return to the JCPoA

While it will be a priority for Biden to rejoin the Joint Comprehensive Plan of Action (JCPoA), there is no indication that the new administration will also seek to address Iran’s regional policies. Future deals between Iran and the US might generate opposition in the Arab camp and these countries will have an ally in Israel, which has strong support in Congress and in US body politics which can be deployed to challenge the Biden administration. However, there is a mismatch in priorities between the GCC and Israel regarding Iran. While for Saudi Arabia and the UAE the main priorities are Iran’s ballistic missile programme and its regional policies, the nuclear file remains of utmost importance for Israel.

Both the Gulf countries and Israel will lobby the US against returning to the original deal. However, each actor has different risk calculations. The Gulf states are on the front line if Iran retaliates, as was seen in 2019 when Iran threatened to destroy their oil infrastructure. Therefore, despite pushing for hard-line policies, they will be likely to be more open to de-escalation.

On the Israeli side, Netanyahu’s failure to oppose the Iran deal in 2015 led Israel to adapt to the realities of the JCPoA while focusing more on the regional side as in Syria. However, recent developments will probably lead to greater Israeli resistance than was seen in 2015. With Israeli concerns about Iranian missile activities on the rise, a wider Israeli political spectrum is opposing the JCPoA. Although this would not necessarily mean sabotaging the US return to the JCPoA, it can complicate efforts to follow up on broader regional agreements. The Israelis have different readings of the post-JCPoA consequences and maximum pressure, which can lead to a collision course with the US. Moreover, the Abraham Accords have made Israel more confident as it perceives the region to be united behind its campaigns. This has emboldened Israel, as was seen in the recent case of the assassination of the Iranian nuclear scientist Mohsen Fakrizadeh, and could lead to friction with the US.

If Netanyahu wins again in the next election, he will not abandon targeting nuclear scientists and Israel will still mistrust any deal with Iran. This can feed the security dilemmas with Arab allies. The question will be whether Gulf countries will differ from Israel in their mistrust of Iran. However, they will remain fearful of the consequences of aggravating tensions which can have an impact on the balance of power in the region.