What’s new about this second wave of Arab Uprisings? 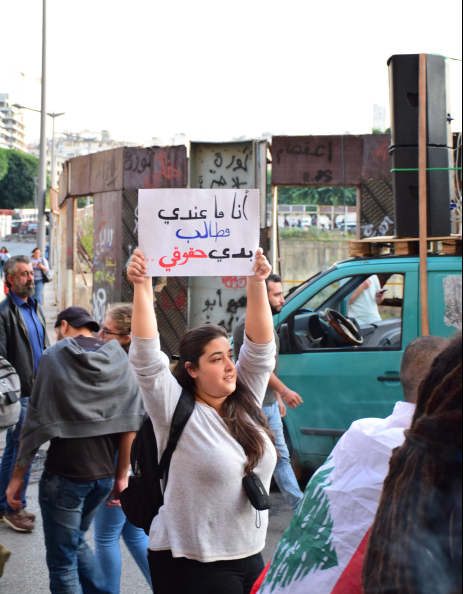 “I don’t have demands, I want my rights” (Ph.Credit: Roger ASFAR)

Protests in Sudan, Algeria, Lebanon and Iraq bring to mind images of the Arab Spring that shook the MENA region in 2011. Thousands of demonstrators in different Sudanese, Algerian, Lebanese and Iraqi cities have taken to the streets calling for political change and chanting the famous 2011 slogan “the people want the fall of the regime.” As happened in many cases in 2011, sustained protests over several months led the armed forces to intervene to oust incumbent presidents in Sudan and Algeria, either smoothly, as was the case with Algerian President Abdelaziz Bouteflika, or violently, as happened with Sudan’s Omar al-Bashir. The situation in Lebanon and Iraq is more complicated, as the two sectarian political regimes have no clear centre of authority. However, Lebanese Prime Minister Saad al-Hariri decided to resign in response to the demands of protesters.

This new wave of Arab Uprisings has so far sent three main messages.

First, this wave of protests shows that the people of the region still harbour strong demands for freedom and justice, despite the successive failures of the 2011 Arab Spring experiences in all countries except Tunisia. While many believed that the call for change in the region had all but died, Sudanese, Algerian, Lebanese and Iraqi protesters have proven that people are still willing to risk their lives to see political change.

Second, this new wave is not targeting only those in power, but also the political rules of the game. Unlike in 2011, when protesters left the streets after their respective presidents resigned or were ousted, Sudanese protesters continued to demonstrate after Bashir left office, until a deal was reached between the opposition and the Transitional Military Council over how to manage the transitional period. In Algeria and Lebanon, protests have continued despite the resignation of both the Algerian president and the Lebanese prime minister. This wave is less about names, and more about the systems they represent.

Third, this time, protesters are calling for profound socio-economic changes, and not only for procedural democracy. In fact, elections have been perceived by many as a trap, enabling regimes to avoid implementing radical socio-economic changes. In Sudan, the agreement between the revolutionary forces and the Military Council postponed the elections until after the end of a three-year transitional period. In Algeria too, protesters are taking to the streets every Friday to demonstrate against the authorities’ decision to hold presidential elections in December. Iraq and Lebanon offer an even clearer case, as relatively free and fair elections have already been held, but served only to reinforce corrupt sectarian regimes, which have subsequently failed to deliver any economic or social change.

Although this second wave is taking place in an unfavorable regional context, where projects of authoritarian restoration are still being pursued in countries like Syria, and an unfavorable international context, where supporting democracy is not prioritised by Western policy makers, this wave has proven to be more mature than the first. It reflects a much deeper societal support for freedom and justice, seeks to change the rules of the game, not just the players, and its demands go beyond procedural democracy to call for profound socio-economic changes. A positive outcome is not necessarily guaranteed. However, it is clear that a learning process has been taking place since 2011, and therefore revolutionary forces are likely to be more experienced in managing any transitional periods.